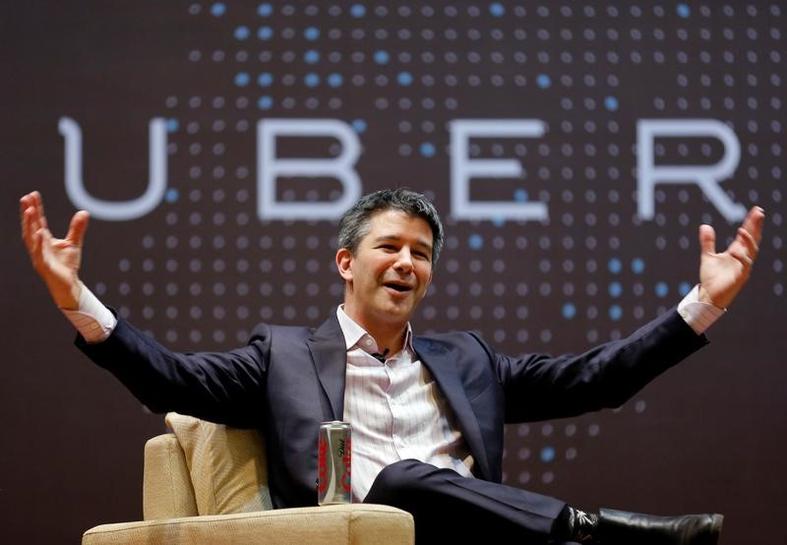 SAN FRANCISCO (Reuters) – The ousted chief executive of Uber Technologies Inc [UBER.UL] rejected a lawsuit filed against him by one of the company’s top investors as a “public and personal attack” without merit, according to court documents filed late on Thursday.

Venture capital firm Benchmark Capital, which says it owns 13 percent of Uber and controls 20 percent of the voting power, last week sued former Uber CEO Travis Kalanick to force him off the board, where he still has a seat, and rescind his remaining power there.

Kalanick, in the first court filing in response to the lawsuit, said Benchmark’s legal action is part of a larger scheme to oust him from the company he helped found and take away power that is rightfully his. He also argued that the legal quarrel should take place in arbitration and that Delaware’s Chancery Court, where the lawsuit was filed, lacks jurisdiction.

Benchmark’s lawsuit marks a rare instance of a well-regarded Silicon Valley investor suing the central figure at one of its own, highly successful startups. The case has stunned the venture capital community and created a divided Uber board and infighting among shareholders, many of whom have criticized Benchmark for suing.

At issue is a change to the board structure in 2016 that expanded the number of voting directors by three, with Kalanick having the sole right to fill those seats.

In its lawsuit, Benchmark said Kalanick hid from the board a number of misdeeds, including allegations of trade-secret theft involving autonomous car technology and misconduct by Kalanick and other executives in handling a rape committed by an Uber driver in India, when he asked Uber’s board to give him those extra seats.

Benchmark said it was “fraudulently induced” to agree to the change and wants Kalanick to give up control of those seats.

But Kalanick’s court filing said that at the time of the board change, “Benchmark was fully aware of all of the allegations involving Kalanick.” The venture firm made no mention of fraud and continued to publicly support Kalanick through May, according to the filing.

Then in June, Benchmark was part of a group of five investors who demanded Kalanick’s resignation as Uber’s CEO.

“The Benchmark principals also handed Kalanick a draft resignation letter, and told him he had hours to sign it, or else Benchmark would start a public campaign against him,” according to the court document.

Benchmark first backed Uber in 2011 with an investment of $12 million. At the $68 billion valuation that Uber achieved last year, Benchmark’s stake would be worth almost $9 billion.

“Resorting to litigation was an extremely difficult step for Benchmark,” Benchmark said in a statement through a spokeswoman. “Failing to act now would mean endorsing behavior that is utterly unacceptable in any company, let alone a company of Uber’s size and importance.”

The lawsuit comes amid discussions by outside investors, including SoftBank Group Corp, to buy a large chunk of Uber stock, although it is unclear if any transaction will occur.

Benchmark’s public effort against Kalanick is largely solitary, with the remaining six members of Uber’s board of directors last week issuing a statement expressing their “disappointment” in the lawsuit.

Uber investor Shervin Pishevar of Sherpa Capital, joined by other shareholders, sent letters to Benchmark calling for the firm to divest its shares and step down from the board.

In an unusual move, Benchmark this week wrote an open letter to Uber employees, saying Kalanick had undermined the CEO search and was seeking to “create a power vacuum in which Travis could return.”