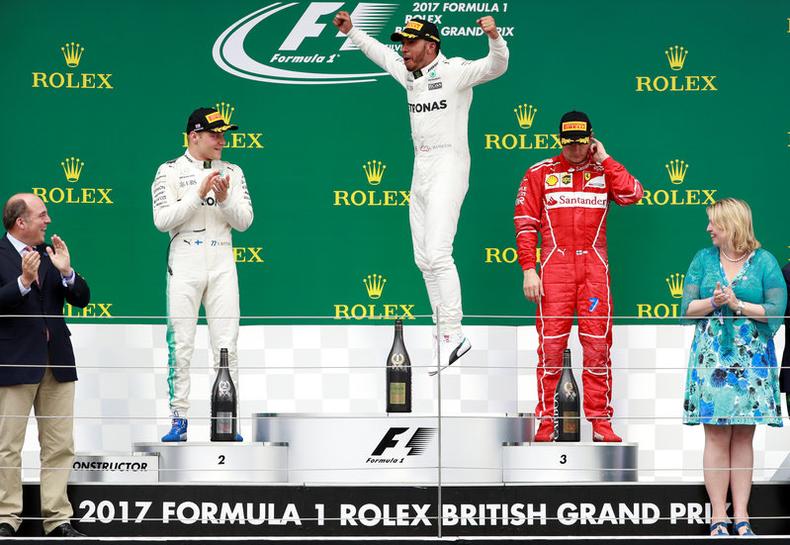 SILVERSTONE, England (Reuters) – Lewis Hamilton won his home British Grand Prix for the fourth year in a row on Sunday while Ferrari’s Sebastian Vettel suffered a penultimate lap puncture that slashed his championship lead to a single point.

The Briton’s drive from pole to flag on an overcast afternoon was lonely, uneventful and dominant with Mercedes team mate Valtteri Bottas finishing 14 seconds behind to secure the one-two.

Vettel, who had battled on worn tires but looked like securing the final podium position until the blowout, finished seventh with Finnish team mate Kimi Raikkonen third after also suffering a late puncture.

Hamilton became only the third driver, after his late compatriot Jim Clark and Frenchman Alain Prost, to win the British Grand Prix five times and the first to take four successive victories at Silverstone.

Clark won four in a row in the 1960s, but one was at Aintree and another at Brands Hatch.