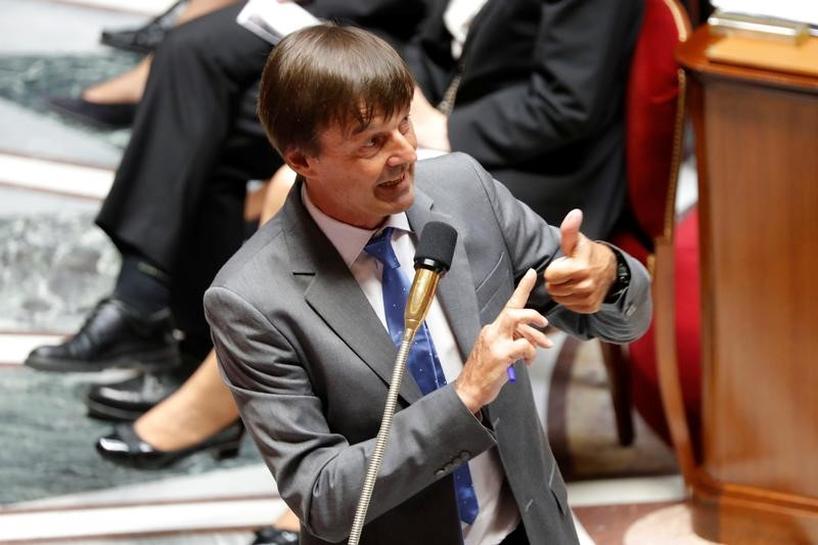 PARIS (Reuters) – France should define a clear roadmap to fulfill its pledge to cut the share of nuclear power in its electricity generation to 50 percent by 2025, French ecology minister said in an interview in the Sunday edition of regional daily Ouest-France.

A 2015 law requires France to reduce in eight years the share of atomic power generation to 50 percent from over 75 percent currently, and include more renewable wind and solar generation.

Hulot said in a radio interview on Monday that for France to meet that target, it might have to shut down up to 17 of its 58 nuclear reactors operated by state-controlled utility EDF.

His comments drew questions from observers on how nuclear-dependent France, a net power exporter in Europe, could possibly shut down 17 reactors and continue to guarantee adequate power supply.

Hulot clarified in the Ouest-France interview that he did not say 17 reactors must close, but that if the 2015 law were respected, the reactors would have to close.

“We have to define realistic and possible scenarios, otherwise it will be brutal,” Hulot told Ouest-France.

Hulot, an environmental campaigner who was appointed ecology minister by Macron, said that since the 2015 law was passed, little had been done and there was no clear strategy on how France would meet the 50 percent target.

“I want to engage in planned course of action, especially on a social and economic level,” Hulot said. “Nuclear power plants can not be closed without taking into account the reality of jobs. We must model scenarios and build a roadmap.”

The closure of the nuclear plants is a hot-button issue in France with trade unions and some political parties saying the plan would cripple the French nuclear sector.

Hulot also said that EDF would have to accelerate its development into renewable energies.

The French authorities could stimulate the development of these energies by implementing tax incentives, easing regulatory processes and cutting the length of potential litigations, he said.