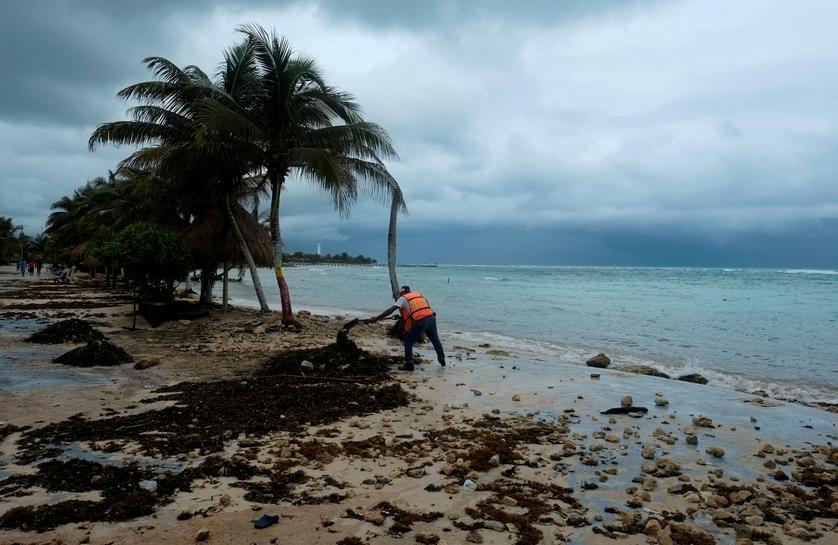 VERACRUZ, Mexico (Reuters) – Tropical storm Franklin is almost a hurricane, the U.S. National Hurricane Center said on Wednesday, and is set to crash into eastern Mexico’s key oil-producing Gulf state of Veracruz as the Atlantic’s first hurricane of 2017.

On Wednesday morning, the storm was located about 140 miles (225 km) north-northeast of the city of Coatzacoalcos, Mexico and was blowing maximum sustained winds of 70 mph (113 kph), the center said. The storm is moving west at 13 mph (21 kmh) and its center is expected to approach the coast of the Gulf of Mexico on Wednesday.

The state of Veracruz, a major oil producer, is home to two important petroleum ports, one in Tuxpan and the other in the city of Veracruz.

Across Veracruz state’s northern border is the Ciudad Madero refinery, capable of handling up to 190,000 barrels per day. The plant is on the periphery of the storm’s possible path.

Reporting by Tamara Corro in Veracruz, Vijaykumar Vedala and Karen Rodrigues in Bengaluru; Editing by W Simon and Chris Reese