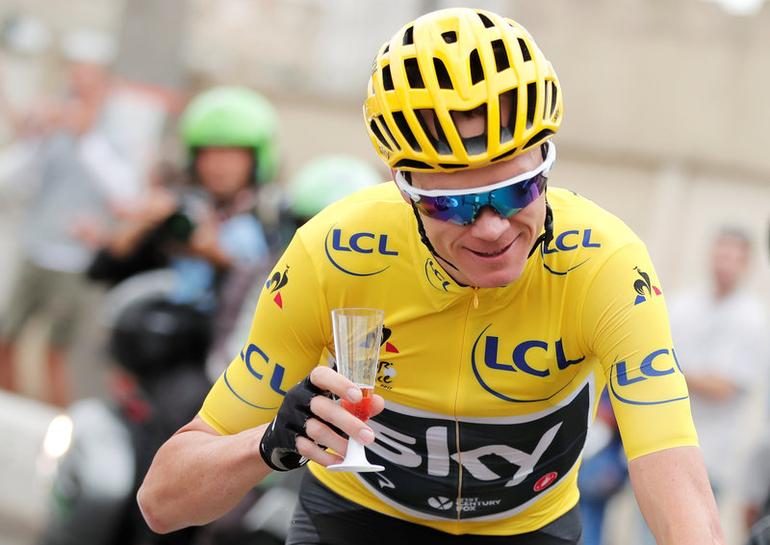 BARCELONA (Reuters) – Chris Froome became the new leader of the Vuelta A Espana on Monday after finishing third in the mountainous stage three as Italian Vincenzo Nibali snatched the stage win in the final 400m of the race in the Pyrenees in Andorra.

Froome, who is bidding to become the first rider to do a double of the Tour de France and the Vuelta in 39 years, set the stage alight with a vicious pace on the final climb of the 158.5 km stage, chaperoned by team mate Gianni Moscon, although he was eventually caught on the descent.

The Briton takes a two-second lead in the general classification over Spaniard David de la Cruz, Irishman Nicolas Roche and American Tejay Van Garderen, while Nibali, who won the Vuelta in 2010, is fifth, 10 seconds behind the four-time Tour de France champion.

Frenchman Axel Domont took a 25-second lead over the escapees and a 4:40 lead over the peloton into the final 50km but his advantage rapidly eroded in the second climb.

Sky surged ahead in the final climb, led by Moscon with Froome on his wheel, with fellow general classification contenders Fabio Aru, Daniel Chaves and Nibali close behind although Alberto Contador was unable to sustain the pace.

The Spaniard trails Froome by 3:10, all but blowing his chance of an overall win in his final professional race before retirement.

Froome led at the top of the climb with Chaves on his wheel but the pair were soon caught by Romain Bardet and Aru on the descent, with Nibali and Roche joining them in the final 700m.

Roche made a futile attempt at breakaway as Froome slowed, but Nibali timed his attack to perfection to take the stage and 10 bonus seconds. De La Cruz finished second, taking six bonus seconds along with Froome.

The Vuelta moves into Spain in Tuesday’s stage, 198.2km route from Escaldes-Engordany in Andorra to Tarragona, Catalonia.