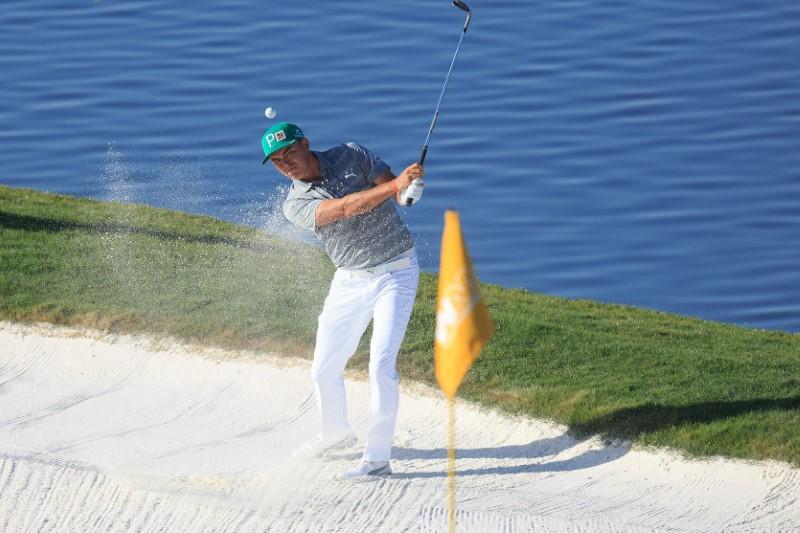 (Reuters) – Rickie Fowler’s storming finish vaulted him to the top of the Waste Management Phoenix Open leaderboard on Saturday after the American signed for a four-under 67 and a one-shot lead heading into the final round.

Fowler, who began the day tied for the lead, made a slow start and was one-over through seven holes but roared back into contention with five birdies thereafter, including three straight from the 16th at TPC Scottsdale in Arizona.

“It was a grind,” Fowler told reporters of his round. “Just a little off in certain areas. Tried to piece things together.”

His 14-under-par 199 total leaves him one clear of in-form Spaniard Jon Rahm, Chez Reavie and Bryson DeChambeau. Five-times major champion Phil Mickelson is in a group of three players a further shot adrift on a packed leaderboard.

World number two Rahm, a fan favourite who played college golf in Arizona, shook off a disappointing finish to his second round with a six-under 65 that included five birdies from the 11th.

Feb 3, 2018; Scottsdale, AZ, USA; Rickie Fowler walks up to the tee of the 10th hole during the third round of the Waste Management Phoenix Open golf tournament at TPC Scottsdale. Mandatory Credit: Allan Henry-USA TODAY Sports

“It’s going to take a lot of birdies (to win) out here. You need to play really good golf,” Rahm said. “It would be amazing to be able to win in front of my (Arizona) crowd.”

The 23-year-old Rahm already has a win and a second this season as he continues his quest to usurp world number one Dustin Johnson at the top of the rankings.

World number four Justin Thomas made a fantastic start to his round when he vaulted into contention by starting with six consecutive birdies to reach 12-under, but a back-nine collapse saw the American tumble back down the standings to six-under.

For Fowler, Sunday’s final round will represent a shot at redemption after he blew an opportunity to win in Phoenix two years ago when he put his tee shot into a water hazard and lost to Japan’s Hideki Matsuyama in a sudden-death playoff.

“It would just kind of be a long time coming, in a way,” Fowler added. “I know we can win here, we have obviously been in the position to do it, love playing this golf course, I know can I play it well, so it’s just a matter of time.”