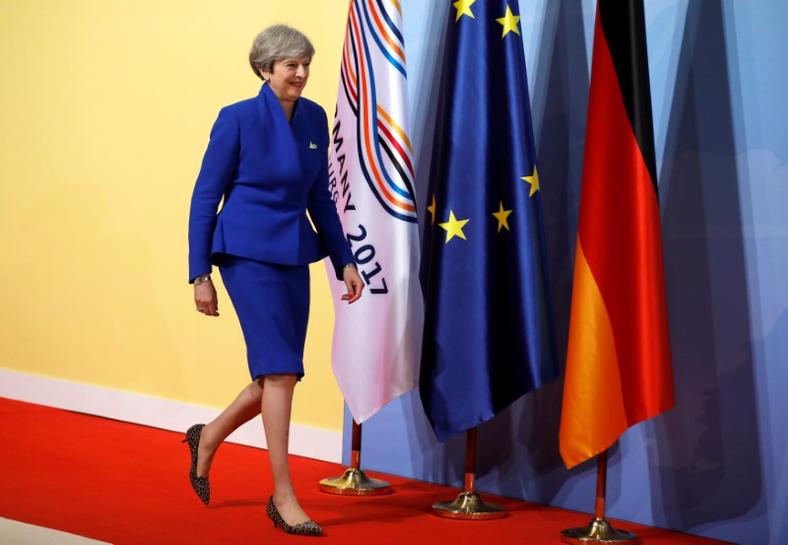 HAMBURG It is possible for the United States to rejoin the Paris agreement on climate change and G20 leaders meeting in Hamburg will urge President Donald Trump to find a way to do so, British Prime Minister Theresa May said on Friday.

May, who has previously said Britain was disappointed by Trump’s decision last month to withdraw the United States from the global agreement, is due to hold a bilateral meeting with Trump on the sidelines of the G20 summit.

“I hope they will be able to find a way to come back in to the Paris agreement … I believe it is possible. We are not renegotiating the Paris agreement, that stays, but I want to see the U.S. looking for ways to rejoin it,” she told BBC TV.

“The collective message that will be given to President Trump around this table will be the importance of America coming back in to that agreement and I hope we will be able to work to ensure that can happen.”

(Writing by Kylie MacLellan in London; editing by Michael Holden)