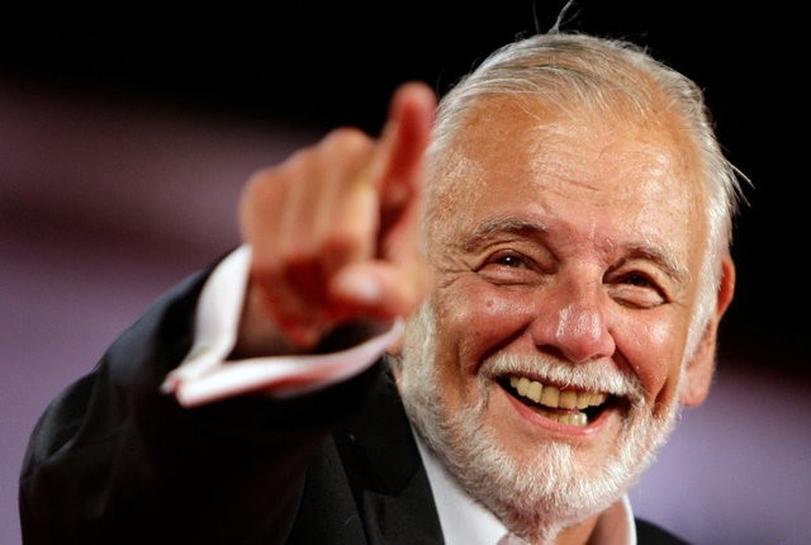 NEW YORK (Reuters) – George A. Romero, creator of the zombie film genre with “Night of the Living Dead” and a series of sequels that left a lasting impact on horror movies, died of lung cancer in a Toronto hospital on Sunday, his business partner said. He was 77.

Romero wrote and directed the 1968 classic, in which the dead come back to life and eat the flesh of the living, and five sequels including the 1978 box office hit “Dawn of the Dead.”

“A true legend,” actor Kumail Nanjiani said on Twitter. “Started a new genre on his own. Who else can claim that?”

Besides the horror of flesh-eating zombies, the “Dead” films featured the theme of people who panic while under siege, turning on each other instead of uniting against their common enemy.

Romero, who was born in the Bronx borough of New York, was drawn to telling stories about monsters that are familiar to the people they terrorize, said his business partner, Peter Grunwald.

Romero influenced a generation of filmmakers including Quentin Tarantino, Guillermo del Toro, Robert Rodriguez and the late Wes Craven, according to Grunwald.

FILE PHOTO: Director George A. Romero poses for photographers before the screening of the film “Survival of the Dead” at the 66th Venice Film Festival September 9, 2009.Tony Gentile/File Photo

Romero owned a small commercial production company when he convinced nine others to put up a small amount of money to finance “Night of the Living Dead,” Grunwald said.

Originally called “Night of the Flesh Eaters,” the title was changed by the film’s distributor, Walter Reade. Somehow, no copyright protection was filed after the name change, putting “Night of the Living Dead” into the public domain and allowing anyone to distribute it for free.

Romero told The New York Times in 2016 that many more people saw the movie as result, “keeping the film alive.”

Commercial success “allowed him to make movies on his own terms,” Grunwald said.

He also directed the vampire movie “Martin” in 1978 and collaborated with Stephen King on the 1982 film “Creepshow” and directed “The Dark Half,” based on a King novel, in 1993.