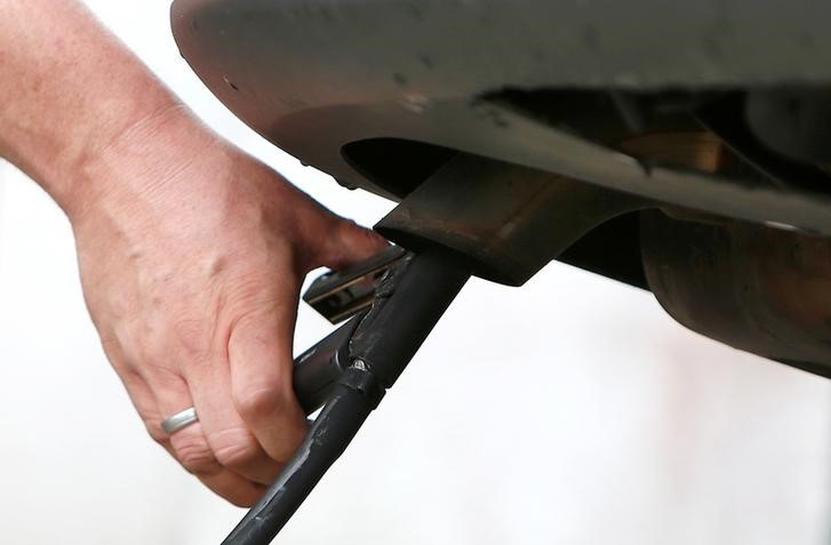 BERLIN/FRANKFURT (Reuters) – German lawmakers must balance conflicting demands at a national summit to discuss pollution from diesel vehicles this week, wanting to appear tough ahead of federal elections next month while trying to avoid damaging the car industry.

Political leaders and car industry executives will meet in Berlin on Wednesday to discuss inner-city pollution in a last-ditch effort to restore the battered reputation of the automotive industry and preserve hundreds of thousands of jobs.

Germany is open in principle to class action lawsuits against carmakers engulfed in the emissions cheating scandal, the Transport Ministry said on Monday, taking a hard line ahead of the talks.

Germany is home to some of the world’s largest carmakers but the industry has been under a cloud since Volkswagen (VOWG_p.DE) admitted to cheating emissions tests in 2015.

The sense of crisis deepened when German magazine Der Spiegel accused VW, Daimler, BMW, Audi and Porsche of colluding for decades on prices, technologies and the choice of suppliers to the detriment of foreign rivals.

“The meeting is taking place for politicians to express their expectations to the car industry. It is about what manipulation there was and how the industry will make good the damage,” government spokeswoman Ulrike Demmer said on Monday.

She said German Chancellor Angela Merkel herself was taking a personal interest, despite being on holiday.

“We need a strong and innovative and also honest industry, and it is about criticising what there is to be criticised but always in the knowledge that this is a strategically important branch of industry,” Demmer added.

Carmakers and politicians were caught off guard last week by a regional court ruling that backed bans of diesel cars in Stuttgart, undermining their previous lobbying efforts to influence emissions rules being crafted in Berlin and Brussels.

Pressure to support a switch to cleaner electric vehicles is also growing, with both Britain and France setting out plans to ban the sale of new petrol and diesel cars by 2040.

DUH, the environmental lobby group that brought the Stuttgart case, said it felt validated by the court decision and expected action to mitigate noxious diesel emissions to go beyond voluntary software updates at this week’s Berlin summit.

“We will not be fobbed off with a half-baked proposal,” DUH head Juergen Resch said on Monday in Berlin. “We will make use of all available legal possibilities.”

Some politicians are calling for hardware upgrades, which would be far costlier for the industry.

The Environment Ministry has already made clear that software improvements can only be a first step as they reduce nitrogen oxide emissions by about 25 percent on average.

A Finance Ministry spokesman also said it was too early to discuss incentives to promote the sale of low-emission modern diesel and electric cars.

Taiwan tightens curbs after reporting 180 new domestic COVID-19 cases
Malaysia to be placed under another nationwide MCO from May 12: PM Muhyiddin
China reports first local COVID-19 cases in more than 3 weeks
India’s most populous state Uttar Pradesh to spend up to US$1 billion to buy COVID-19 vaccines
Timeline: How a COVID-19 cluster emerged at Learning Point tuition centre