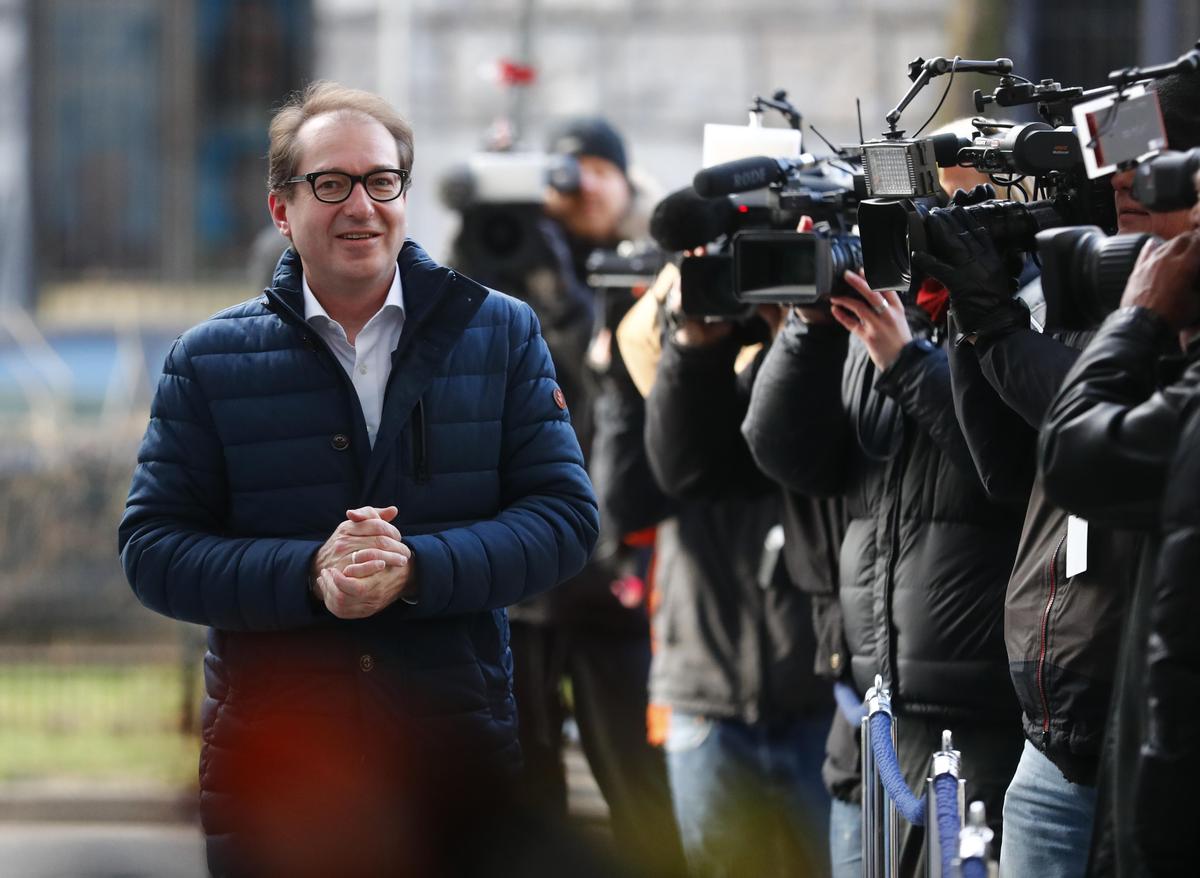 BERLIN (Reuters) – German Chancellor Angela Merkel’s conservatives and the center-left Social Democrats (SPD) plan to continue negotiations on Tuesday as they struggle to reach agreement on healthcare and labor reforms – the final hurdles to another “grand coalition”.

Negotiators from both political blocs agreed that more time was needed to reach a deal, party sources said late on Monday. They said the talks – initially expected to conclude on Sunday – would continue on Tuesday at the party headquarters of Merkel’s conservatives in Berlin.

The parties are racing to clinch a deal on renewing the coalition that has governed since 2013 and end months of uncertainty. Both sides expressed confidence a deal remained within grasp.

“It’s going to work out,” the SPD’s Andrea Nahles said on arrival for Monday’s negotiations at her party headquarters.

Gerd Mueller, senior member of Merkel’s Bavarian Christian Social Union (CSU) allies, also struck an optimistic tone in the evening: “I do think that this will now happen.”

In a sign of progress, the parties concluded their talks on Europe. Schulz said on Twitter the agreement included “more investment, an investment budget for the euro zone and an end of forced austerity!”

The parties further agreed to seek fairer corporate taxation in Europe, including for Internet giants like Google, Apple, Facebook and Amazon (AMZN.O), he said.

Schulz made no specific mention in his message, however, of any plans to advocate for more powers and responsibilities for the European Stability Mechanism (ESM) eurozone bailout fund, as was envisaged in a coalition blueprint agreed on Jan. 12.

Some conservatives fear that rushing ahead with European integration would create too much of a burden for German taxpayers.

The SPD made reform of the European Union a priority in campaigning for last September’s federal election, pledging in its manifesto to work for “a better and fairer Europe”.

The message failed to resonate with voters, however, and the SPD slumped to its worst post-war election result.

Now, the party is trying to extract concessions on domestic policy that could win over skeptics among its 443,000 members, who get the final say on whether to move ahead with another tie-up with the conservatives.

An Insa poll on Monday showed mounting pressure on Schulz, with support for the SPD dropping to just 17 percent, well below its election result of 20.5 percent, the party’s worst since Germany became a federal republic in 1949.

“Germany’s political landscape (is) evolving rapidly,” economist Henrik Enderlein said. He noted that Merkel’s conservatives lost three percentage points to 30.5 percent in the poll. That means the planned “grand coalition”, known as “GroKo”, would no longer even win a majority of votes.

“SPD vote against #GroKo would be suicide by fear of death,” Enderlein said.

Merkel’s failure to cobble together a new government more than four months after the election has raised concerns among investors and partner countries at a time when Europe is facing multiple challenges – including the need for euro zone reform and Britain’s looming departure from the EU.

Germany could face a new election or an unprecedented minority government if SPD members reject a coalition deal.

The parties agreed on Monday to end misuse of a property tax loophole and strengthen the financial sector after Brexit by making it easier for banks to hire and fire top managers, a negotiation document showed. [L8N1PT09T]

Over the weekend, they inked a deal to invest more than 2 billion euros in social housing by 2021, to spend up to 12 billion euros on expanding broadband and to channel 33 billion euros to municipalities for investments, including in childcare.

The SPD sees advances on labor rules and healthcare as crucial to winning over left-wing members and other sceptics.

Conservatives have thus far rejected a push by the SPD to ban short-term employment contracts imposed by employers without justification. But they have offered to prevent the repeated renewal of such short-term contracts as a compromise.

The two sides are also at odds over the SPD’s call to replace Germany’s dual public-private healthcare system with a universal insurance system for all.

Monday’s talks were expected to focus on improving public healthcare, such as by changing billing rules for doctors, who earn more by treating privately insured patients.

China reports 22 new COVID-19 cases as Tianjin flags ‘pig head’ link
Commentary: How do we decide which buildings are worth conserving?
Commentary: How COVID-19 has forced employers to be more human – and rewards them in the process
China’s Xi Jinping congratulates Joe Biden, hopes for ‘win-win’ ties
Commentary: The cult of work is eroding the value of parenthood