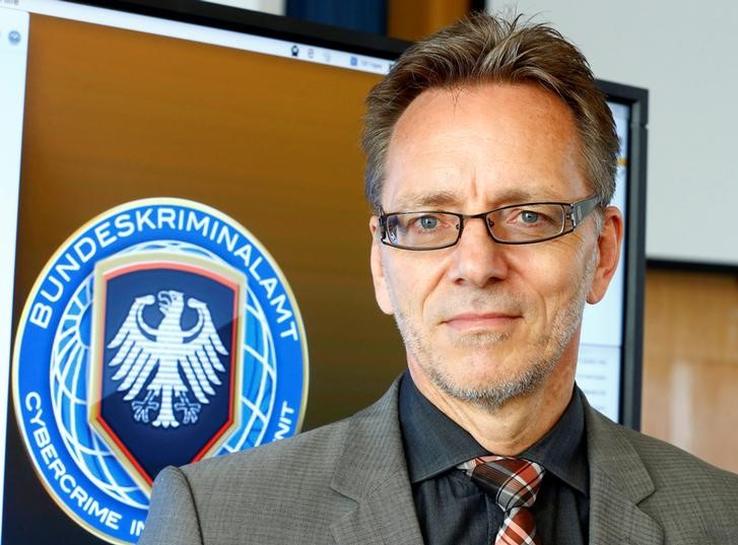 BERLIN (Reuters) – Germany’s top police official has called for tougher laws to fight cyber crime on the illegal internet – the Darknet – and other organized criminal structures, in an interview published on Saturday.

Holger Muench, president of the Federal Criminal Police Office, told Die Welt newspaper that German law needed to be adjusted to account for the massive harm such criminal activities can do.

“Professional hackers can cause enormous damage. They represent a danger for security and the economy,” Muench said. “That should be reflected in the sentences as well.”

Muench said current law made it difficult to go after operators of botnet networks that enable large-scale automated cyber attacks.

Muench’s comments came after a German court recently gave a suspended sentence to a British hacker-for-hire who confessed to a cyber attack that knocked out the internet for around a million Deutsche Telekom customers.

The regional court in Cologne handed the man, named only as Daniel K., a suspended sentence of a year and eight months for attempted commercial computer sabotage. The maximum sentence was up to 10 years, and prosecutors had asked for two years.

The Federal Criminal Police Office last year reported 83,000 cases of cyber crime that caused damage costing over 51 million euros. More than half of German companies have been hit by spying, sabotage or data theft, the IT industry association Bitkom reported last month.

Die Welt newspaper also quoted the federal prosecutor for Frankfurt, home of Germany’s internet crime agency (ZIT) as calling for reforms of current law to account for a growing trade in drugs, pornography and weapons on the Darknet.

“The criminal code for cyber crime must be reformed and modernized, otherwise many of the crimes that we see cannot be sufficiently prosecuted,” Georg Ungefuk told the newspaper.

Bavarian Interior Minister Joachim Herrmann, whose party wants him take over the federal interior ministry after the Sept. 24 German election, said Germany needed a more comprehensive approach to cybercrime, despite its decentralized federal structure that assigns great responsibility to the individual states.

“The competencies between the federal government, states and military are even more blurred in the cyber realm than in the fight against terrorism,” he told the weekly magazine Der Spiegel. “We need new structures.”

Italy to ease COVID-19 rules from Apr 26
‘Quick and convenient’ check-ins with new SafeEntry Gateways at malls, libraries and cinemas
Commentary: The PMD problem in Singapore is not just about jostling for space
Commentary: Self-driving buses and delivery robots welcomed but who do we blame if AI goes rogue in Singapore?
Indonesian hackers arrested over US$60 million US COVID-19 scam