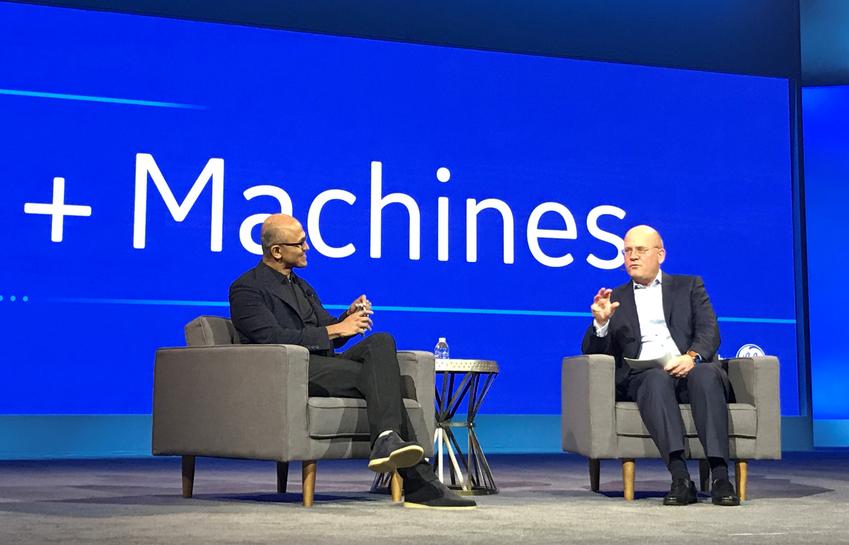 GE is investing about $2.1 billion in GE Digital this year, and executives had said that amount would fall in 2018.

Flannery on Wednesday made his first direct remarks about the digital strategy since he became CEO on Aug. 1. He has begun slashing costs in other areas, including reducing staff, grounding corporate jets and axing the “Maserati benefit” of corporate cars for about 600 senior executives.

Flannery is due to unveil new financial targets on Nov. 13 and is under heavy pressure to turn GE around after the company’s third-quarter earnings and cash flow badly missed targets. GE stock is down 32 percent so far this year, while the S&P 500 index is up 14 percent,

GE’s digital strategy is built around a cloud-based software platform, known as Predix, that connects factories, power plants and other industrial equipment to computers that improve performance and predict outages.

But Predix’s limited capabilities and performance problems have caused GE to lose out to competitors such as Siemens AG (SIEGn.DE) and startups such as Uptake and C3IOT.

Flannery said on Wednesday that GE will focus on selling Predix in its own businesses: energy, oil-and-gas, aviation, healthcare, transportation and mining, as Reuters reported in August.

In other markets, “We’re going to be more selective … and do it largely through partners,” Flannery said at GE’s annual Minds + Machines conference.

FILE PHOTO: The ticker and logo for General Electric Co. is displayed on a screen at the post where it is traded on the floor of the New York Stock Exchange (NYSE) in New York City, U.S. on June 30, 2016. REUTERS/Brendan McDermid/File Photo

Gary Mintchell, chief executive of The Manufacturing Connection, an industrial-internet-focused research and consulting company, said GE’s strategy of using partners reflects the company’s realization that “they can’t build their own ecosystem.”

GE said it was expanding its partnership with Microsoft Corp (MSFT.O), to provide access to Microsoft applications on Predix. The specifics largely duplicated what the companies said when they first announced the deal in July 2016.

Patrick Franklin, vice president in charge of Predix, said there was still room to improve Predix after the company held a two-month time-out this year to fix bugs, but the platform was showing near-100 percent stability.

“We are paying careful attention to quality,” he said, referring to the delay in deploying Predix on Azure.

GE executives said the company is focusing on developing apps for Predix to boost sales. GE plans to bundle applications for equipment monitoring and service technicians, both of which it bought last year.

GE said orders for Predix were rising sharply. Some customers at the event echoed that view. U.S. utility Exelon Corp (EXC.N), for instance, said it is rolling out Predix to its nuclear, gas, wind and other power plants after a two-year pilot of the system showed it worked as advertised, said Brian Hoff, director of corporate strategy and innovation at Exelon.

“If it didn’t hit its targets, we wouldn’t be moving forward,” Hoff said.