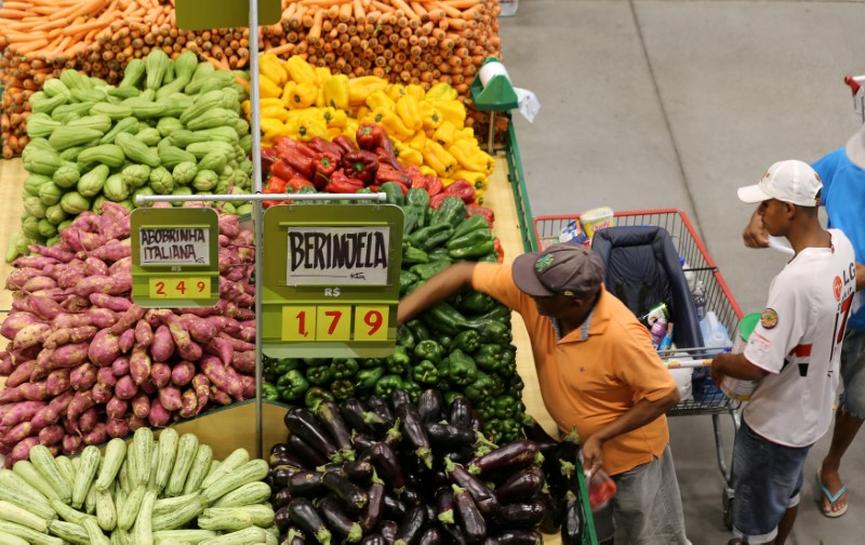 BENGALURU (Reuters) – The global economy is on its best roll in years and set to do better in 2018, but economists in Reuters polls around the world mostly said synchronous growth is not about to spawn significant price pressures.

Indeed, while several major central banks have shifted their bias away from ultra-easy monetary policy, with a few notable exceptions, inflation remains below their targets and is generally set to stay that way in the year ahead.

“But for developed world central banks, the task is getting ever harder. Tackling both low inflation and rising financial stability risks will demand a delicate balancing act by central banks and a more nuanced approach to inflation targeting if the global expansion is to be sustained.”

In Reuters surveys taken Oct 3-24 of more than 500 economists across Asia, Europe and the Americas, 2017 and 2018 growth forecasts for nearly three-quarters of the 48 economies polled were raised or left unchanged.

Global economic growth as a whole is forecast at 3.5 percent this year, steady compared with a poll published three months ago but a tad lower than the recently upgraded view from the International Monetary Fund.

While the consensus forecast for 2018 also remained steady at 3.6 percent, a majority who answered an additional question said the risk to their forecasts were skewed more to the upside.

However, respondents cut their 2017 inflation forecasts for nearly two-thirds of the economies surveyed.

Around 40 percent of the 134 economists who answered an extra question said global inflation pressures won’t pick up until 2019 or beyond while a quarter said they were unlikely to rebound at all. The rest said they will before end-2018.

Erik Nelson, a strategist at Wells Fargo in New York, said for their global growth forecasts, which are roughly in line with the Reuters consensus, inflation picking up faster than expected is the number one risk.

“If inflation picks up a lot more than we are expecting, either in the United States or other economies, and central banks have to tighten a little more aggressively than we currently think, then there is probably some downside risk for those forecasts,” Nelson said.

The U.S. Federal Reserve is expected to raise interest rates in December and twice next year, according to economists who largely said risks were skewed more to a slower pace of hikes.

Uncertainty over who U.S. President Donald Trump will choose to head the Fed when Chair Janet Yellen’s term ends on Feb. 1 has also clouded the outlook.

One of the candidates Trump has interviewed and is seriously considering according to reports, former Treasury undersecretary John Taylor, was deemed in a Reuters poll as likely to adopt the most radical change to current policy were he to be appointed.

After more than two years of purchases worth over 2 trillion euros in total, the European Central Bank is expected to announce at its meeting on Thursday that it will trim asset purchases to 40 billion euros a month from January and continue buying securities for another six or nine months.

The rising risk of a disorderly Brexit won’t deter the Bank of England – the only major central bank dealing with inflation running well above its target – from making what a majority of economists say will be a policy error by raising rates for the first time in a decade on Nov. 2.

The Chinese economy, Asia’s largest and the world’s second-biggest, is forecast to expand 6.4 percent next year but faces twin risks of managing its massive debt pile as well as a highly inflated property market.

Inflation there is expected to be more muted at 1.6 percent this year, down from last year’s 2.0 percent, due to weak food price rises, but is expected to pick up to 2.2 percent in 2018.

And the biggest economy in Latin America, Brazil‘s, is likely to outpace Mexico for the first time in five years this year thanks to record-low interest rates. It will grow 2.3 percent in 2018, the poll found.

Giant supermarket to lower prices on ‘hundreds of everyday essentials’ by average of 20% for 6 months
New Delhi loses cleaner COVID-19 lockdown air as farmers burn crop waste
Thai activists protest in front of king’s German villa
Commentary: You don’t have to age and grow frail alone. Nurses have your back
High road at Chilling: India builds Himalayan bridges and highways to match China