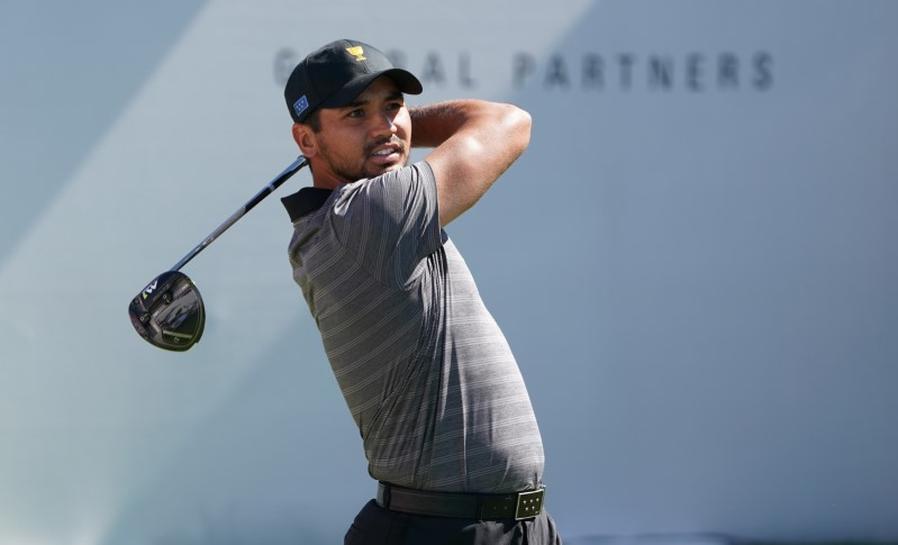 SYDNEY (Reuters) – Former world number one Jason Day will take a one-stroke lead into the final day of the Australian Open after firing up on the back nine and shooting a third-round two-under 69 in tricky conditions on Saturday.

Major winner Day will fancy his chances of getting his hands on the Stonehaven Cup for the first time, and grabbing his first win of the year, after moving to 10-under 203 for the tournament but he will first have to get away from Lucas Herbert.

The 21-year-old, who was paired with fellow Australian Day in the final grouping as he will be on Sunday, resolutely refused to wilt under the pressure and claimed a par 71 and second place.

“If I can hit shoot anything in the 60s, I think that will help kind of seal the deal,” said Day, who has won six of 13 tournaments where he held the lead after 54 holes.

“I’ve just got to focus on myself and just get myself around the golf course and not try and do anything too crazy.”

For a large part of the round it looked like no one would be making a move on moving day.

Defending champion Jordan Spieth grabbed a birdie on his final hole for the third successive round but it was another disappointing day for the world number two, who was simply unable to find his putting touch.

The 24-year-old Texan, coming off a seven-week layoff, settled for a 70 on a course he tore up to win the Stonehaven Cup in 2014 with a final-round 63 and admitted he would need something similar on Sunday with eight shots to make up on Day.

”What’s weird to me is these mid-range putts,“ he said. ”It’s one thing if they’re lipping out but quite a few of them were missed significantly on bad reads, and that’s rare for me.

“I‘m going to have to have some magic.”

Day parred his first 13 holes and it was only after overnight leader Herbert hit his drive into heavy rough off the 11th tee for a double bogey to lose his advantage that he made his move.

The 30-year-old almost chipped in for an eagle at the 14th before claiming his first birdie, which Herbert matched, and added two more at the 15th and 18th, where he putted for an eagle, after a bogey setback at the 17th.

Swede Jonas Blixt also had a long eagle putt on the 18th but had to settle for a birdie and his flawless 66 was good enough for a share of third place on seven-under with 2015 champion Matt Jones (68).

Cameron Smith, who won his maiden PGA Tour title with Blixt at the Zurich Classic of New Orleans this year, hit a 69 for fifth place on five-under.

Teenager Takumi Kanaya shot the best round of the day with a 65 for a share of eighth on four-under, the Japanese amateur hitting six birdies on the back nine in an explosive finish.