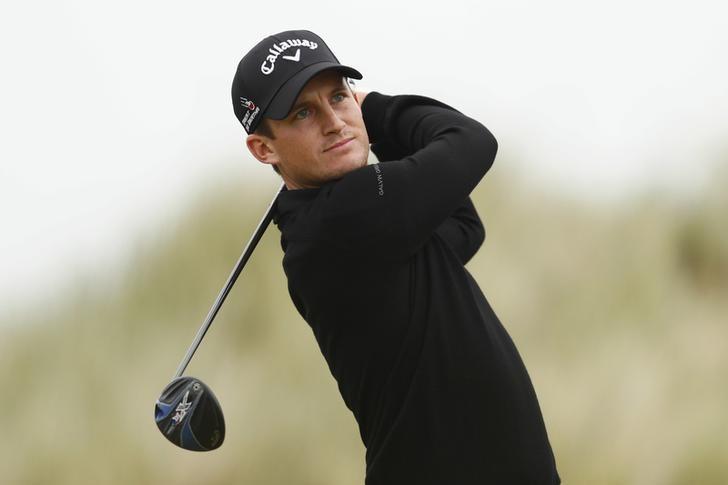 JOHANNESBURG (Reuters) – Adrien Saddier of France carded seven birdies and an eagle in a faultless round of 63 for a share of the lead with England’s Chris Paisley at 13 under-par after the second round of the European Tour’s South African Open on Friday.

Saddier, 25, is yet to drop a shot after 36 holes at Glendower Golf Club and finished birdie-eagle-birdie in to shoot into the joint-lead of the second oldest Open championship in the world.

Paisley (65) caught a hot streak on the back nine as well, carding six birdies. His only blemish a dropped shot on the par-five 13th when he found water off the tee.

Both Saddier and Paisley are seeking their first wins on the European Tour and hold a four-shot lead over South African Jacques Kruyswijk (67), who is alone in third on nine under-par.

Home favorite Branden Grace and American Chase Koepka, the overnight joint leaders, both shot 71s to slip to five shots off the pace, along with two-time US Open champion Retief Goosen (67).