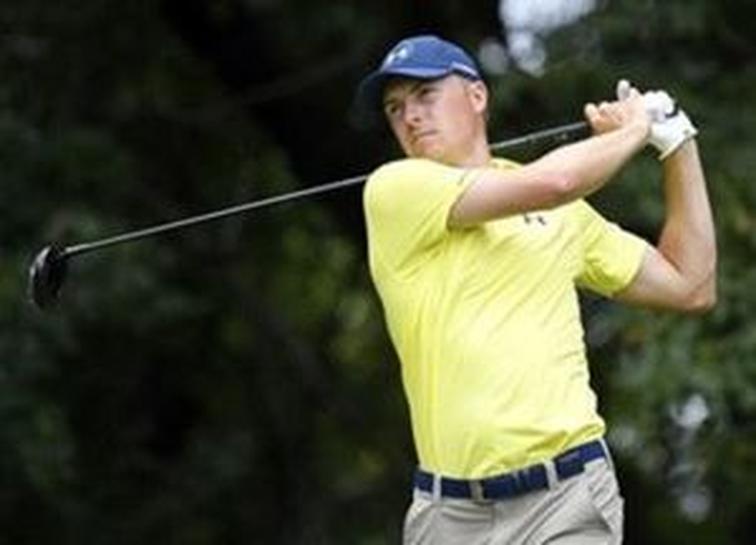 CHARLOTTE, North Carolina (Reuters) – Players at this week’s PGA Championship have weighed in on the abilities of Jordan Spieth, who would become the youngest golfer to complete a career grand slam with a victory at Quail Hollow.

“He has that intangible of when he doesn’t have his best stuff … to still find a way to win. When you say put your finger on it, you can’t really identify and say it’s this or it’s that. It’s just that indescribable trait that he has to find a way – to find a way to get it done.

“When you get him near the lead, he’s extremely tough to beat because he just finds a way to gut it out.”

“He’s not the longest hitter out there. He’s not the most accurate, so forth. But he’s got an overall game that he’s really comfortable with. He’s not trying to get more length out of the tee ball, but he’s really playing his game and grinding it out.

“It was phenomenal. We had to leave for the airport right about when he sent that one over by the driving range and kind of had to take that drop.

“It seemed like the wheels were falling off, but he’s the kind of guy that it seems like when he gets behind a little bit, that’s when he really starts to shine. You saw that. It was incredible.”

“If he happens to win this one, then he’d have a career grand slam. Obviously that’s a great feat, especially as young as he is.

“It seems like whenever he needs to make long putts, he makes them. You can’t teach that.”

“I would say he is one of the best iron players for sure.

“If you look at the technical aspects of his swing, his clubface is the squarest about the second-longest period of time through impact on tour. I think Jim Furyk might have the squarest clubface through the ball and then Jordan would be next. When he putts well, that’s a nice little combo.”

“Starting at the Travelers and holing that bunker shot to win, and then coming to The Open and then he does what he does at The Open. He pulls himself out of another hole.

“He has got that knack. I call it resilience. He has got this resilience where he gets himself in positions in tournaments where you don’t think he can come back from and he does. It’s awfully impressive.

“Resilience, mentally tough, strong, whatever you want to call it. That’s his biggest asset. Being able to forget about a bad shot and move to the next one, that’s his greatest weapon.”