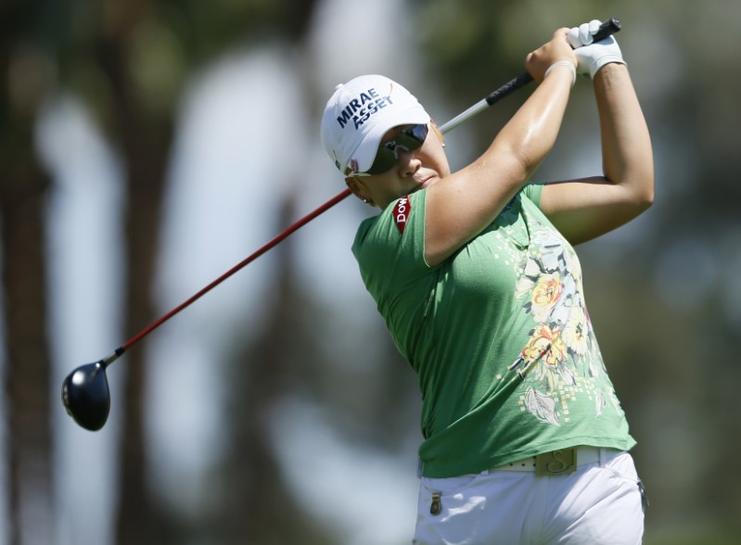 By Andrew Both
| OLYMPIA FIELDS, Illinois

OLYMPIA FIELDS, Illinois Former world number one Shin Ji-yai proved that playing full-time in Japan had taken nothing away for her game after she carded a bogey-free seven-under-par 64 in the third round of the KPMG Women’s PGA Championship on Saturday.

A two-times Women’s British Open champion, South Korean Shin moved into the hunt for a third major title in a rare appearance in the United States, ending the day two strokes behind leaders Chella Choi and Danielle Kang at Olympia Fields.

Shin quit the U.S. LPGA Tour four years ago and switched to Japan to be closer to home.

“I think I’m a little bit lucky because I started early in the morning,” said Shin, who got most of her round under her belt before a testing breeze sprang up, posting an eight-under 205 total with one round left.

Shin has won 15 times on the JLPGA Tour, where purses average around $1 million.

“I very much enjoy (it there) because there is less traveling and more three-day tournaments, so physically I feel much better,” said the 29-year-old.

“This year I gained more distance — I think between 15 and 20 yards — so that makes it a little bit easier.”

Shin said she would try to work with the conditions on Sunday instead of fighting them.

“Tomorrow is going to be a little bit hotter and also windy so I will just try to enjoy the wind, like a friend.”