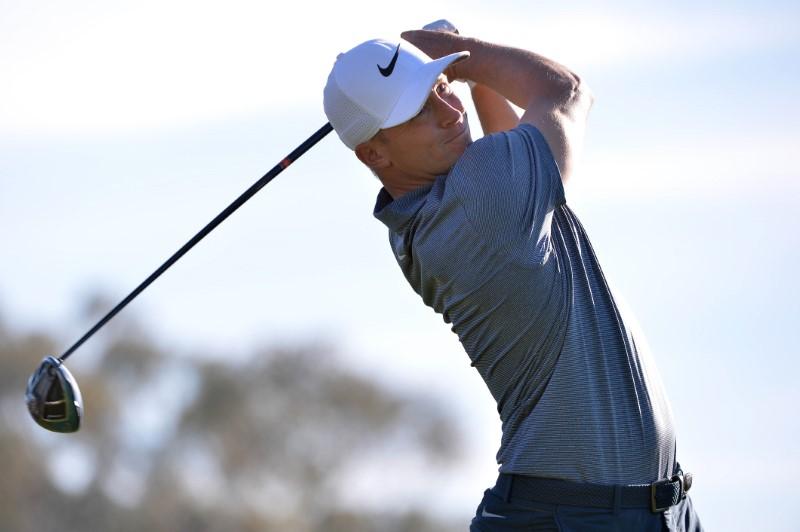 LA JOLLA, California (Reuters) – Alex Noren has won nine times on the European Tour but the third round leader at the Farmers Insurance Open remains a mystery man in the United States to all but the most dedicated fans.

And that is just fine with the 35-year-old Swede, who will take a one-stroke lead into the final round at Torrey Pines on Sunday.

“I don’t care too much if they (American audiences) know me or not,” he said after carding three-under-par 69 on Saturday.

”It’s quite nice if they don’t know me. All I‘m trying to do is play some good golf and my aim is to win a tournament.

“I’ve been under the radar for most of my career.”

The long-hitter has a career-high world ranking of eighth, and is currently 19th.

Renowned as a dedicated worker who would often close the range, he has lightened up a bit in recent years and is reaping reward for his ‘less is more’ attitude.

He was mostly rock solid on Saturday, apart from a double-bogey at the par-four 12th, where he took four strokes to negotiate the final 55 yards.

“It’s a tough hole but a double felt pretty rough after just lipping out the hole before … so I‘m happy coming back from that,” he said after picking up three birdies in the final six holes.

Now a member of the PGA Tour, Noren will look to maintain his slender advantage on Sunday when he tees off at 11-under 205, with 10 players within three strokes.

“I’ve dreamt of winning on the U.S. Tour,” he said. “It’s a tough day tomorrow but I‘m looking forward to it.”