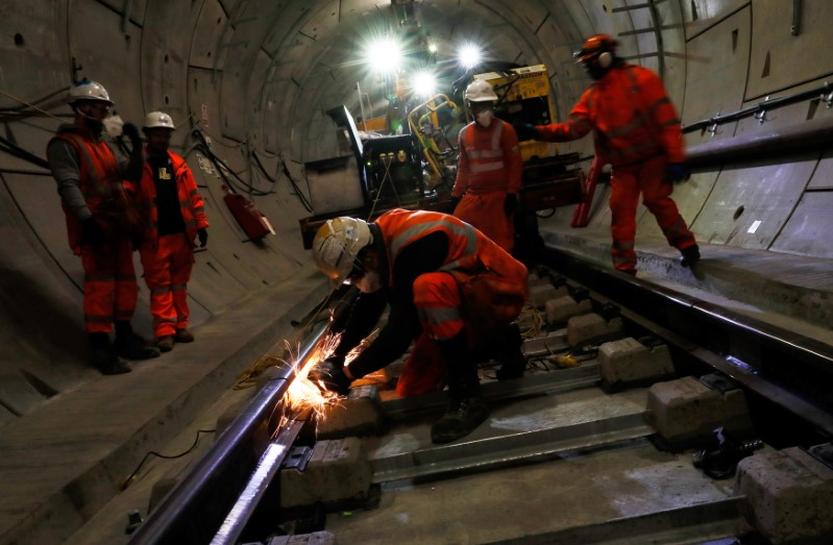 LONDON (Reuters) – Britain’s government backed a new 30 billion-pound passenger rail project in and around London on Monday but told the capital it will have to provide more up-front funding for it to get off the ground.

Crossrail 2 would add much-needed capacity to a transport system that carries almost 1.4 billion passengers a year. Its backers say it would boost productivity, support the construction of 200,000 new homes and create 260,000 jobs.

By connecting Hertfordshire, north of the capital, to Surrey in the south via a number of central London stations, it would complement the 15 billion-pound east-west Crossrail 1, which will be completed by 2019.

However, despite featuring prominently in previous government infrastructure plans, Crossrail 2 was not mentioned in the Conservative Party’s policy proposals for June’s national election nor in the Queen’s Speech, in which the government sets out policy priorities.

In a statement on Monday after a meeting with London Mayor Sadiq Khan which took place last week, Transport Minister Chris Grayling endorsed the scheme.

“I am a supporter of Crossrail 2 but given its price tag, we have to ensure that we get this right,” he said.

The government is trying to keep tight control on public spending and London will have to provide more funding towards the project at an earlier stage than previously expected.

The capital will still pay 50 percent of the costs as originally planned but needs to show it can do so during the construction phase as well as over the project’s life time, with revenues likely to come from taxes on businesses in London.

The London Chamber of Commerce and Industry, representing employers, welcomed the sign of progress for the project.

“We of course stand willing to do all we can to construct an acceptable funding package,” its chief executive Colin Stanbridge said.