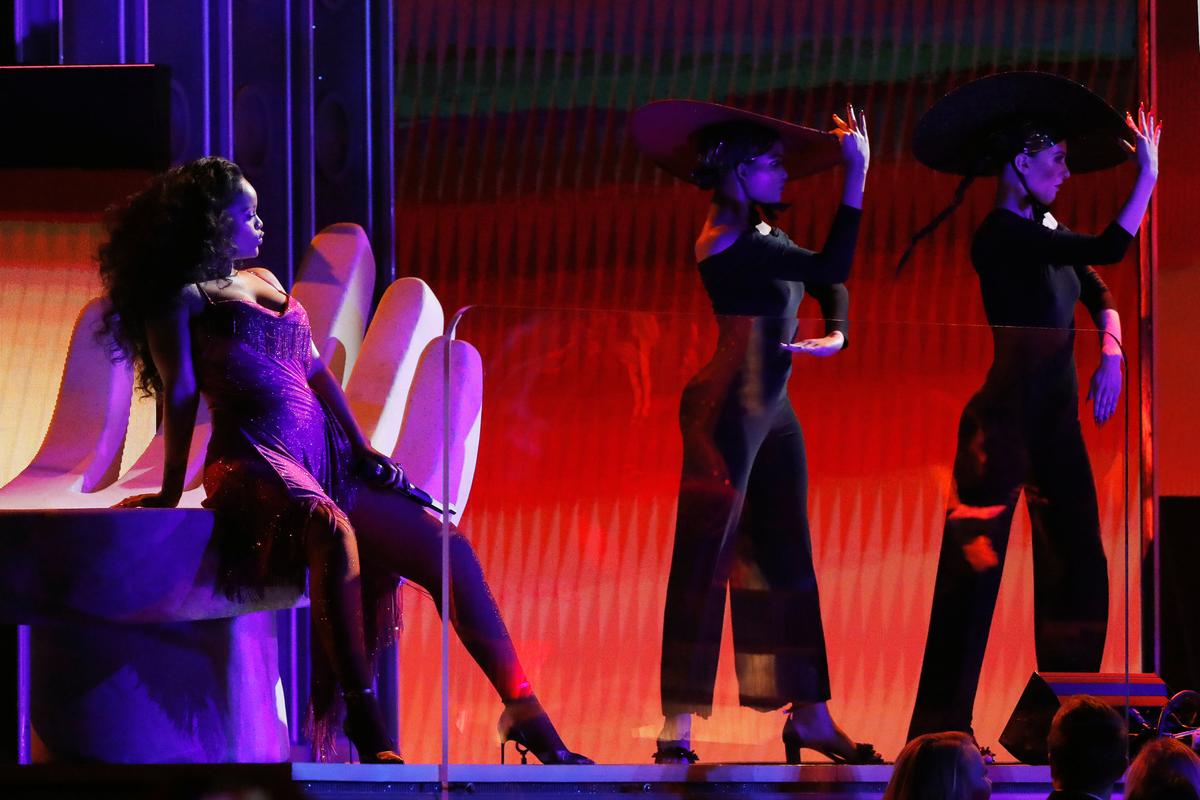 LOS ANGELES (Reuters) – The U.S. television audience for Sunday’s Grammy Awards on CBS Corp. fell by more than six million viewers, CBS said on Monday, after a show criticized for political jibes and wins for Bruno Mars at the expense of innovative rapper Kendrick Lamar.

Citing Nielsen data, CBS said 19.8 million Americans tuned in for the three and a half hour broadcast, from 2017 when 26.1 million people watched on television. The lowest audience for any Grammy Awards show was in 2006, which drew an audience of 17 million.

Sunday’s 60th anniversary Grammy Awards, staged in New York over three and a half hours, saw R&B singer Mars win the top three prizes – album, record and song of the year – and three other statuettes. Lamar won five and veteran rapper Jay-Z, who had gone into the show with eight nominations, won nothing.

The show got generally poor reviews. USA Today called the Grammy Awards an “out of touch embarrassment” while host James Corden was criticized on social media for lame jokes and a lackluster performance.

Some of music’s biggest stars, including Taylor Swift, Ed Sheeran and Beyonce were either not nominated or did not perform, and some of the digs at U.S. President Donald Trump and his policies appeared to have turned some viewers off.

One of the most talked-about moments came toward the end of the broadcast when former Democratic presidential candidate Hillary Clinton, along with musicians Cher, Cardi B. and Snoop Dogg read excerpts from “Fire and Fury,” Michael Wolff’s scathing book about Trump’s first year in office.

Commenting on the ratings on Hollywood website Deadlione.com, Lars Johnson said he was not surprised at the fall.

“People listen to music to relax. The political ranting and raving made it a good night to watch something else … which it seems many people did.”