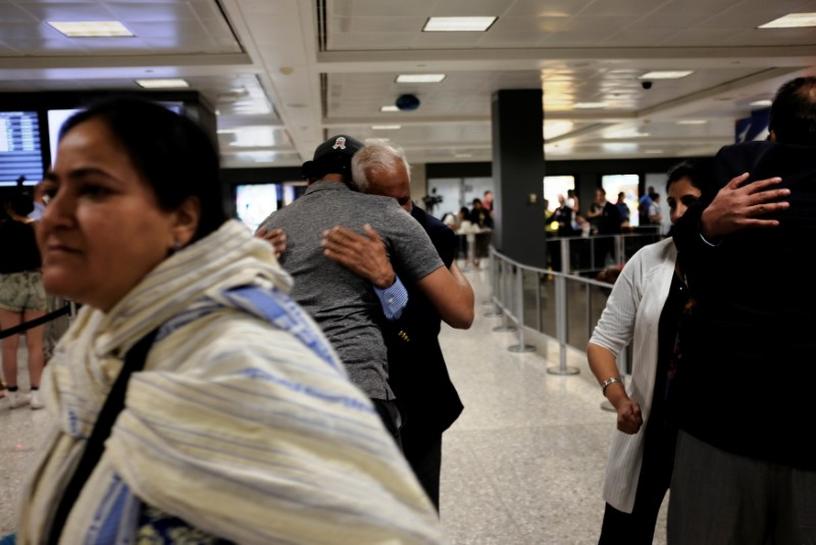 The memo, or cable, from U.S. Secretary of State Rex Tillerson was sent to all U.S. diplomatic posts overseas on Friday after a U.S. district judge in Hawaii issued a ruling late on Thursday limiting the scope of the administration’s temporary ban on refugees and travelers from the six countries.

U.S. District Judge Derrick Watson in Honolulu found the government cannot bar grandparents and other relatives of United States citizens from Iran, Libya, Somalia, Sudan, Syria and Yemen from getting visas under the ban.

Watson declined to put his ruling on hold pending appeal, meaning it went into effect immediately. The administration has asked the Supreme Court and the San Francisco-based 9th U.S. Circuit Court of Appeals to block the decision.

The July 14 cable updated the definition of “close family” that are exempt from the temporary travel ban laid down in Trump’s March 6 executive order. (The cable can be read at: reut.rs/2uC040y)

The cable reversed the State Department’s previous, narrow definition of close family and stated that “grandparents, grandchildren, brothers-in-law, sisters-in-law, aunts and uncles, nephews and nieces, and cousins” are eligible for visas.

Consulates and embassies do not need to reopen any visa applications refused under the prior, narrower definition of close family members, the cable said.

Between March 10 and March 17, Tillerson issued four cables, originally giving instructions on implementing the travel ban, then rescinding much of his guidance because of court rulings and because it had been issued without approval from the White House Office of Management and Budget.

“These guys (consular officers) have had enough whiplash over the past six, seven months but they continue to fulfill their role, which is to process visa applications,” said Stephen Pattison, a former State Department consular official now working as an immigration attorney. “The people who are really getting whiplash are the people in the department who are responsible for formulating the policy, getting it approved and getting it sent out.”

A State Department official declined to comment on internal communications.

“We regularly provide updated operational instructions to our embassies and consulates around the world to ensure that our consular officers are using the most up-to-date vetting procedures as they adjudicate visas,” the official said on condition of anonymity.

“We are processing visa applications for nationals of the six affected countries as directed by the Executive Order and to the extent permitted by court decisions,” the official said.

Last month the Supreme Court partially revived the March 6 ban that had been blocked by lower courts. It said the ban could take effect, but people with a “bona fide relationship” to a U.S. person or entity could not be barred.

Husband of SIA cabin crew member tests positive for COVID-19, did not report developing symptoms during quarantine
Singapore can seize opportunities to emerge stronger amid pandemic, says DPM Heng after Budget debate
‘Made in Taiwan’ COVID-19 vaccines could be ready in July, says minister
Commentary: Here’s how green bonds will take Singapore’s reputation as a finance hub to the next level
Philippines’ Duterte signs indemnity Bill for COVID-19 vaccine roll-out