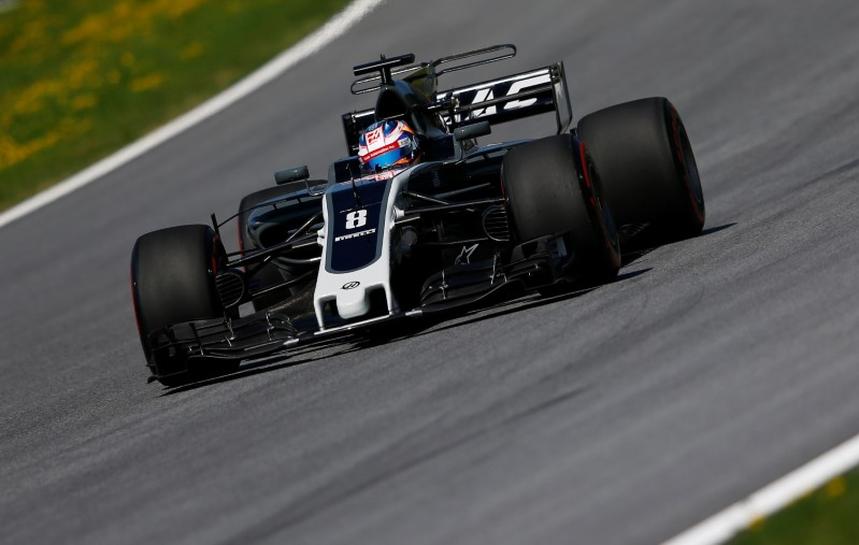 BUDAPEST (Reuters) – French Formula One driver Romain Grosjean has made his peace with Toto Wolff after angering the Mercedes team boss by saying title contender Lewis Hamilton should have been punished for impeding him in British Grand Prix qualifying.

The Haas driver told reporters at the Hungarian Grand Prix that he had telephoned Wolff after Silverstone and the Austrian had called him back.

“We had a great phone call. We respect each other. There are tensions and they are fighting for a world championship,” said Grosjean.

“Probably some of my words were reported to Toto in a different way and then he got a bit upset. I did not mean anything against Lewis or Mercedes. I was just saying that it cost me two positions on the grid.”

Hamilton won his home race from pole position and is now only a point behind Ferrari’s championship leader Sebastian Vettel going into Sunday’s Hungarian Grand Prix.

Grosjean finished 13th and was lapped.

He had expressed surprise that stewards had made their decision without listening to his side of the story but Wolff gave that short shrift.

“There are some that moan all the time,” Wolff had told reporters when told of the Frenchman’s complaints.

“If Romain Grosjean comes out and starts asking for penalties for other drivers, he’d rather look at his track record. He should be happy he’s driving in Formula One.”

Grosjean has a chequered record, famously dubbed a “first lap nutcase” by now-retired Australian Mark Webber in an accident-filled 2012 season that led to him serving a one-race suspension.

His speed and talents have since come to the fore and he is now a director of the Grand Prix Drivers’ Association (GPDA).

“I spoke with Toto and we are friends,” Grosjean said at the Hungaroring. “I saw the comments and I was not very happy, but the good news is that I have got his phone number.”