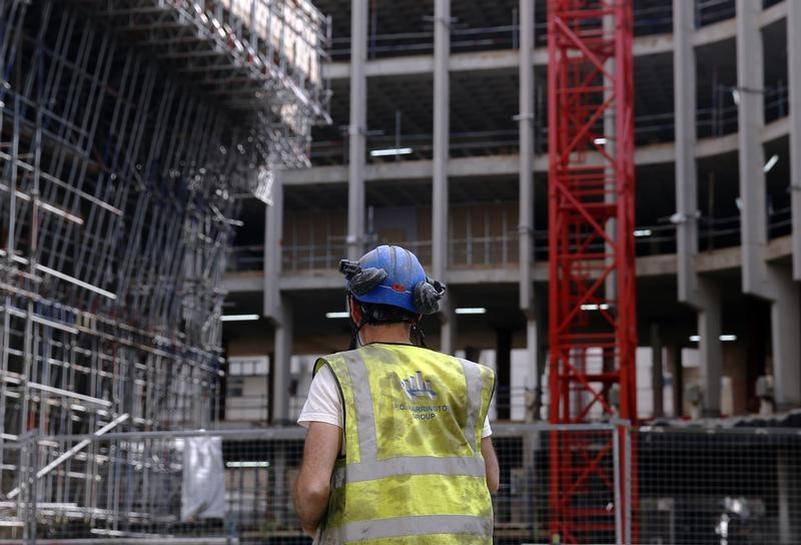 LONDON, July 4 Growth in Britain’s construction industry slowed in June, adding to signs that the economy might be struggling to regain much momentum after a lacklustre start to the year, a survey showed on Tuesday.

The Markit/CIPS UK Construction Purchasing Managers’ Index fell to 54.8 from May’s 18-month high of 56.0, slightly below the median forecast in a Reuters poll of economists for 55.0.

The Bank of England is pondering whether to raise interest rates for the first time in a decade and is watching for signs that other areas of growth can offset a consumer spending slowdown, caused by a rise in inflation and a slowing in pay growth.

On Monday, a PMI survey for the manufacturing sector came in weaker than economists’ forecasts. Factory exports increased at the slowest rate in five months. [GB/PMIM]

A closely watched survey of Britain’s giant services industry is due to be published on Wednesday.

Tuesday’s construction PMI showed optimism in the sector about business over the next year slipped to a four-month low.

Cost pressures for goods bought by construction firms picked up again in June after receding in the previous three months.

Consumer price inflation in Britain is running at 2.9 percent, an almost four-year high.

Growth in the housebuilding, commercial and civil engineering sectors slowed from May but the PMI still signalled a solid pace of expansion overall.