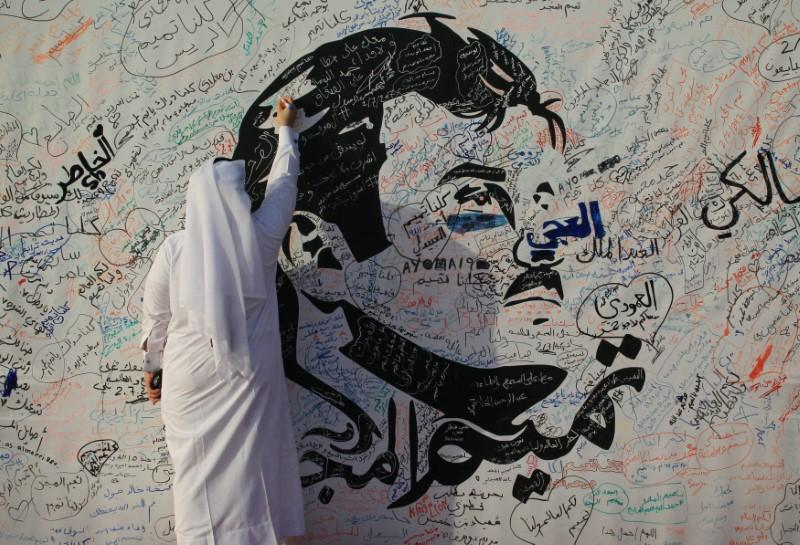 DUBAI/DOHA Qatar faces possible further sanctions by Arab states that have severed ties with Doha over allegations of links to terrorism, as a deadline to accept their demands is expected to expire on Sunday night.

Qatari Foreign Minister Sheikh Mohammed bin Abdulrahman al-Thani said the demands were made to be rejected, adding that the Arab ultimatum was aimed not at tackling terrorism but at curtailing his country’s sovereignty.

State news agency QNA reported that he would inform the ruler of Kuwait, a neutral Gulf Arab country seeking to mediate in the spat, of Qatar’s response on Monday.

Sheikh Mohammed earlier told reporters in Rome that Doha remained ready to discuss the grievances of its Arab neighbors.

“This list of demands is made to be rejected. It’s not meant to be accepted or … to be negotiated,” Sheikh Mohammed said.

“The state of Qatar instead of rejecting it as a principle, we are willing to engage in (dialogue), providing the proper conditions for further dialogue.”

He added that no one had the right to issue an ultimatum to a sovereign country.

The feud erupted last month when Saudi Arabia, the United Arab Emirates, Bahrain and Egypt severed diplomatic and travel ties with Qatar, accusing it of supporting terrorism and being an ally of regional foe Iran, charges that Doha denies.

The countries have threatened further sanctions against Qatar if it does not comply with their list of 13 demands presented to Doha through Kuwait 10 days ago.

The demands include closing a Turkish military base in Qatar and shutting the Al Jazeera pan-Arab television network, which Doha also rejected.

Foreign ministers from the four countries will meet in Cairo on Wednesday to discuss Qatar, Egypt said on Sunday.

“At the invitation of Foreign Minister Sameh Shoukry, there will be a quartet meeting of the foreign ministers of Egypt, Saudi Arabia, the United Arab Emirates and Bahrain in Cairo on Wednesday July 5 to follow up on the developing situation regarding relations with Qatar,” Egyptian Foreign Ministry spokesman Ahmed Abu Zeid said in a statement.

A State Department official said on Sunday that the United States encourages “all parties to exercise restraint to allow for productive diplomatic discussions. We are not going to get ahead of those discussions. We fully support Kuwaiti mediation.”

Qatar’s Gulf critics accuse Al Jazeera of being a platform for extremists and an agent of interference in their affairs. The network has rejected the accusations and said it will maintain its editorial independence.

Gulf countries have insisted the demands were non- negotiable.

The UAE ambassador to Russia has said that Qatar could face fresh sanctions if it does not comply with the demands.

Gulf states could ask their trading partners to choose between working with them or with Doha, he said in a newspaper interview last week.

They have not specified what further sanctions they could impose on Doha, but commercial bankers in the region believe that Saudi, Emirati and Bahraini banks might receive official guidance to pull deposits and interbank loans from Qatar.

A more serious sanction would be to ban investors from holding Qatari assets, but authorities have given no sign of doing this.

Qatar’s stock market fell sharply on Sunday. The Qatari stock index .QSI sank as much as 3.1 percent in thin trade, bringing its losses to 11.9 percent since June 5, when Saudi and the other countries cut diplomatic and trade ties.

The UAE’s minister of state for foreign affairs, Anwar Gargash, played down the chances of an escalation, saying “the alternative is not escalation but parting ways”, suggesting Qatar may be forced out of the six-member Gulf Cooperation Council (GCC).

The Western-backed body was formed in 1981 in the wake of Iran’s Islamic Revolution and the outbreak of the Iran-Iraq war, by Saudi Arabia, the United Arab Emirates, Kuwait, Qatar, Oman and Bahrain.

Speaking in Washington last week, the Qatari foreign minister said the GCC was set up to guard against external threats.

“When the threat is coming from inside the GCC, there is a suspicion about the sustainability of the organization,” Sheikh Mohammed told reporters.

Qataris appeared defiant on Sunday, with newspapers decrying a “siege” and sharing on social media a cartoon of David and Goliath to illustrate Qatar’s struggle with its larger neighbors.

A Qatari artist whose portrait of Qatar’s emir has been draped from skyscrapers and affixed to car windows across the capital signed T-shirts for Qataris at a museum on Saturday.

“As you see, the photo is now all over, it’s a sign of loyalty to the emir and love for the country,” he said.

Saudi Arabia’s permanent representative to the United Nations, Abdullah bin Yahiya al-Moallemi, said on Twitter that Qatar had failed to take opportunities offered by its neighbors in the past to stop supporting terrorism.

“Qatar had insisted on shaking the security of the kingdom of Saudi Arabia and interfering in the affairs of countries in the region,” Moallemi said.

The crisis has hit travel, food imports and ratcheted up tensions in the Gulf and sown confusion among businesses, while pushing Qatar closer to Iran and Turkey.

But it has not hit energy exports from Qatar, the world’s biggest exporter of liquefied natural gas and home to the region’s biggest U.S. military base.

The rift opened days after U.S. President Donald Trump met Arab leaders in Riyadh and called for unity against regional threats such as Iran and hardline Islamist militant groups.

Defence budget up this year, as MINDEF spent less than planned in 2020 due to delayed projects: Ng Eng Hen
China reports 6 new COVID-19 cases
Peaceful resolution in Myanmar still possible if all sides can have genuine dialogue: Balakrishnan
Not your average driving school: How police security escorts learn to keep VVIPs safe on the roads
Myanmar security forces fire live rounds at protesters as Southeast Asian ministers aim for talks