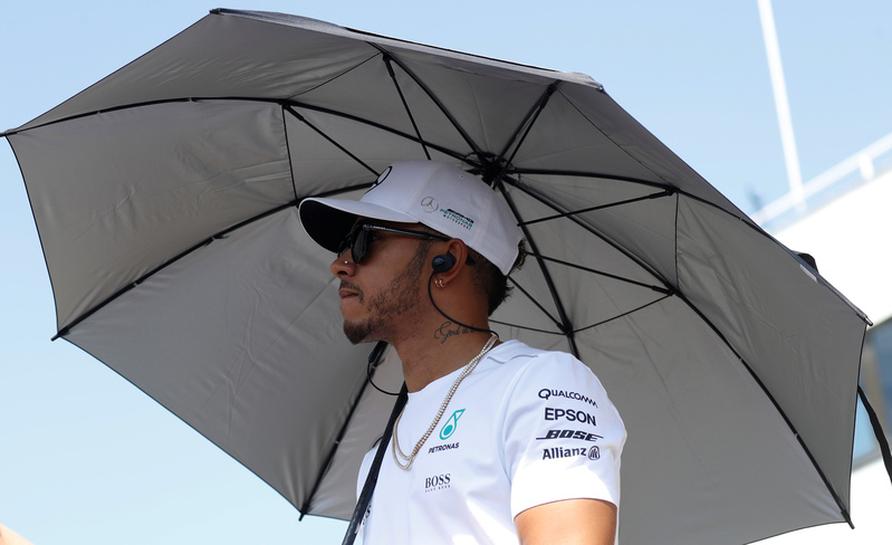 SPA-FRANCORCHAMPS, Belgium (Reuters) – Lewis Hamilton has laughed off a suggestion that Formula One title rival Sebastian Vettel might become his Mercedes team mate after the Ferrari driver indicated an announcement about his future was not imminent.

“I think it is highly unlikely that he will be here (at Mercedes), and I don’t think he wants to be my team mate,” triple champion Hamilton told reporters at the Belgian Grand Prix on Thursday.

“I know he doesn’t want to be my team mate.

“He would not be in the position he is now in his team, in terms of how the team operate, if he was here,” smiled the Briton.

The battle between Hamilton and Vettel, a four-times champion, looks like going all the way to the final race in Abu Dhabi in November.

Both have won four races and their rivalry has been characterized by mutual respect with a ‘road rage’ flare up in Azerbaijan where Vettel banged wheels with Hamilton after hitting the back of his car while the safety car was deployed.

Vettel is seen as Ferrari’s clear number one, following in the footsteps of seven-times champion compatriot Michael Schumacher.

Mercedes are firm on equal treatment for their drivers, and Hamilton’s fair play stood out in the last race before the August break when he relinquished third place to team mate Valtteri Bottas on the last lap under a prior agreement.

While Hamilton has a year to run on his contract, Vettel’s deal expires at the end of this season.

Mercedes have yet to confirm their second driver, with Bottas joining in January as replacement for retired 2016 world champion Nico Rosberg with no guarantees for 2018.

“I don’t believe any of the bosses or any of the individuals within the team is unhappy with what is currently in place, so I find it hard to believe they will change that,” said Hamilton, who gets on well with the Finn.

Ferrari confirmed Finnish veteran Kimi Raikkonen, the 2007 world champion who has been a loyal team player but last won a race in 2013, earlier in the week and have said they want Vettel to stay.

Vettel played down expectations of an announcement at Ferrari’s home Italian Grand Prix at Monza next week.

“No news yet and the main focus now is not to focus on news, the main focus is on the race and that will be the same next week,” he said. “So I don’t expect news within the next two weeks, to be honest.”

Coup chaos in Myanmar leaves employers fretting over paying staff
Indonesian orangutans airlifted back to the wild
Indian salesman who speaks fluent Mandarin and Hokkien learned them from grandparents
Chee Soon Juan’s ‘event’ at void deck of Bukit Batok block requires permit or it would be illegal: Police
Indonesia in ‘intensive’ talks with Myanmar military and opposition: Foreign minister