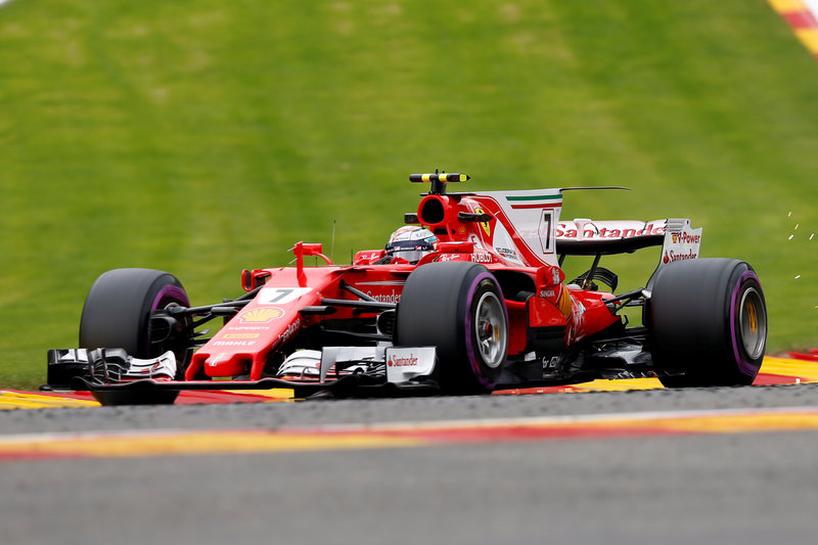 SPA-FRANCORCHAMPS, Belgium (Reuters) – Title contender Lewis Hamilton prepared for his 200th Formula One race with the fastest time in Belgian Grand Prix practice on Friday, before rain brought an early end to the day’s action.

The Mercedes driver, who can equal Michael Schumacher’s all-time record of 68 pole positions in Saturday’s qualifying, lapped the longest track on the calendar with a best time of one minute 44.753 seconds.

Ferrari’s Kimi Raikkonen, who had been fastest in the morning session with a time of 1:45.502 on ultra-soft tires while Hamilton stayed on softs, was second on the timesheets with an afternoon best that was 0.262 slower than the Briton.

Hamilton also used the ultra-softs to set his best time before the rain set in with 20 minutes remaining.

Valtteri Bottas, Hamilton’s team mate, made it two Finns in the top three while Red Bull’s Dutch teenager Max Verstappen kept his traveling orange army of fans happy with fourth in both sessions.

Verstappen was fastest in last year’s Friday practice, and went on to put his Red Bull on the front row, but the new cars are significantly faster and Hamilton was more then three seconds quicker.

Vettel leads Hamilton by 14 points with nine rounds remaining and both men on four wins apiece.

The first session was halted after 15 minutes when Brazilian Felipe Massa, who missed the previous race in Hungary after feeling dizzy in practice, crashed heavily into the tire barrier at turn seven out of Les Combes.

He was taken to the medical center for checks, before returning to the pitlane, with his team beginning the long job of rebuilding the car.

Massa did not take part in the second session, with Williams saying the changed chassis could not be readied in time.

Fernando Alonso suffered an early lack of power in his McLaren, but still ended up 13th fastest. The Spaniard was 11th after lunch.

His Belgian team mate Stoffel Vandoorne, who will start his home race last on Sunday thanks to a 35 place penalty due to a power unit change, was 10th and 14th.