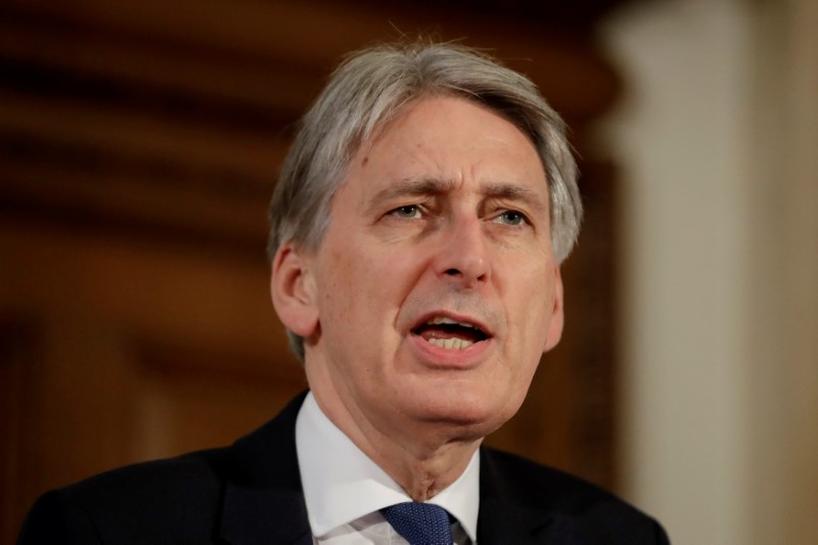 LONDON (Reuters) – Britain will continue with a “measured and balanced” approach to reducing public borrowing in next month’s budget, chancellor Philip Hammond said on Tuesday, seeking to contain any expectations of big surprises.

Britain’s Chancellor of the Exchequer Philip Hammond attends a joint press conference with the Secretary-General of the Organisation for Economic Co-operation and Development (OECD) Jose Angel Gurria at the Treasury in London, October 17, 2017. REUTERS/Matt Dunham/Pool

Hammond is under pressure from pro-Brexit MPs who dislike his relatively pro-European views, and on Monday the Times newspaper reported that allies of Prime Minister Theresa May were upset at reports that he wanted a “bold” budget.

Britain’s economy has slowed sharply this year, partly due to higher inflation caused by the pound’s plunge after last year’s Brexit vote.

But Hammond told parliament on Tuesday, in his last major appearance there before the budget, that the economy was fundamentally strong and did not need extra stimulus.

“Increasing activity in the construction sector is a very good way of creating jobs but … at (a jobless rate of) 4.3 percent, our economy is approaching full employment, the output gap is extremely small,” he told parliament.

Hammond will set out his annual budget on Nov. 22, and official forecasts from March showed borrowing as a share of the economy was on course to rise this year for the first time since his Conservative Party entered office in 2010.

Hammond has not committed to balance the budget until the middle of the next decade, giving him some flexibility to slow the pace of deficit reduction if needed to support the economy as Britain leaves the European Union.

“We will continue with the plans that we have announced to reduce the deficit in a measured and balanced way, to ensure that debt is falling as a share of GDP,” he told parliament.

March’s forecasts showed public sector net debt as a share of GDP is forecast to peak at 88.8 percent this financial year, as the budget deficit rises to 2.9 percent, before falling in 2018/19.

So far this year Britain has borrowed less than forecast, and September’s deficit was the lowest since 2007. But official forecasters have warned this may not last and economists fear ongoing weak productivity will prompt the government agency to downgrade its long-term outlook.

Ratings agency Moody’s cut Britain’s sovereign credit rating by one notch to Aa2 last month, saying the government’s plans to bring down its debt load had been knocked off course and Brexit would weigh on the economy.

Within these spending constraints, Hammond will be keen not to be forced into another U-turn like after his first budget in March. Then, he had to drop a plan to raise taxes on the self-employed, as it broke one of his party’s 2015 election promises.

Following this, May had been widely expected to sack Hammond until she lost the government’s parliamentary majority in a snap election in June. But earlier this month one of Hammond’s predecessors, Nigel Lawson, renewed calls for him to go.