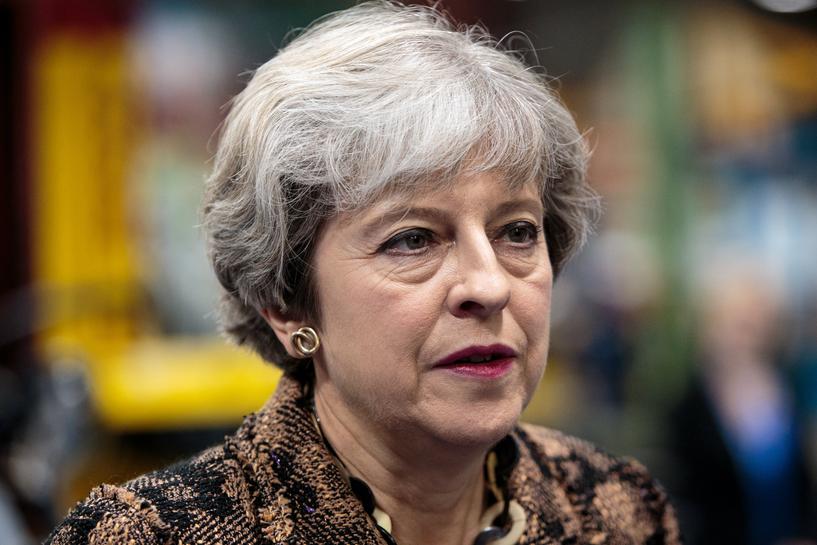 LONDON (Reuters) – Prime Minister Theresa May always said she would be “ambitious” in negotiating Britain’s exit from the European Union, and government documents published this month show the scale of that ambition — wanting the closest of ties without the costs.

But the new British proposals for future ties with the EU have been dismissed in Brussels as “fantasy” and no more than an “intra-UK debate”. European officials have suggested that Britain should instead stick to a previously agreed timetable for Brexit negotiations.

For Britain, the release over two weeks of a series of strategy and discussion documents was intended to counter criticism that it was unprepared for the talks, and to speed up negotiations that have moved slowly over the past 14 months.

It was also a chance for May to rally her troops and show she is still on course for Brexit after her authority was weakened when she lost her parliamentary majority in an election in June, a party source said.

“I want us to be a truly Global Britain – the best friend and neighbour to our European partners, but a country that reaches beyond the borders of Europe too,” May said in March after triggering the divorce process with the EU.

“And that is why I have set out a clear and ambitious plan for the negotiations ahead. It is a plan for a new deep and special partnership between Britain and the European Union.”

This refrain has provided the background to the three “position papers” released since last week, setting out Britain’s view that such a “deep and special partnership” requires little change.

But perhaps more surprising was the strategy set out in the future relationship papers, especially those on customs and the role of the European Court of Justice — the latter seen by many pro-Brexit lawmakers in the Conservative Party and beyond as a symbol of EU influence over Britain and of the country’s lack of sovereignty.

Guy Verhofstadt, the European Parliament’s Brexit point-man, described the British government’s ideas for a future customs agreement as “fantasy” after it outlined measures for an interim deal with no customs duties, intended to allow the freest possible trade in goods, and suggestions for a possible new trade partnership.

“To be in and out of the customs union and ‘invisible borders’ is a fantasy,” he said on Twitter.

“First need to secure citizens rights and a financial settlement,” Verhofstadt said, referring to the rights of EU nationals living in Britain and of Britons living in the EU, and to EU demands that Britain settle a hefty Brexit bill.

After pointing to what he saw as lack of clarity on Britain’s future relationship with the European Court of Justice, a European Commission spokesman said: “You will not be surprised to hear me refraining from injecting myself into an intra-UK debate on their positions.”

He and other EU officials said Brussels’ stance was the same: Britain should first focus on making progress on the three main issues in the initial phase of talks – the rights of expatriates, Britain’s border with EU member state Ireland, and a financial settlement.

Verhofstadt mocked comments made by Dominic Raab, Britain’s minister for courts and justice, that Britain would have to keep “half an eye” on the European court while ensuring that London’s Supreme Court was able to live up to its title.

“UKgov wants to keep “half an eye” on ECJ rulings. EP (European Parliament) thinks ECJ must keep both eyes open to protect #citizensrights,” he tweeted, referring to the EU position that only its court can guarantee the rights of citizens living in Britain.

Britain says it is being “constructive” by coming up with suggestions on ways to start discussion on future ties. But after publishing seven documents in just over a week, it is clear that Brussels is far from impressed.

Britain has published 10 papers since June 26.

On Monday, after two papers were released, Michel Barnier, the EU’s chief negotiator, took to Twitter to list the bloc’s nine position papers already published, on issues ranging from citizens rights to the financial settlement.

“Looking forward to discussing these papers with #UK. Essential to make progress on #citizensrights, settling accounts and #Ireland,” he said.

The gap in viewpoints in some areas – namely the financial settlement, role of the European court and future trade and customs arrangements – suggests talks next week between Barnier and British Brexit minister David Davis will be difficult and both sides have not set the bar high for progress.

But that may play into some people’s hands in a Conservative Party which has long been home to eurosceptics.

“The more people see the EU pouring cold water on British ideas and rubbishing our ideas, the more people will get fed up,” a source in the Conservative Party said.

“It’s fine for Brits to criticise their own country, but when someone else does, then they go into fighting mode.”