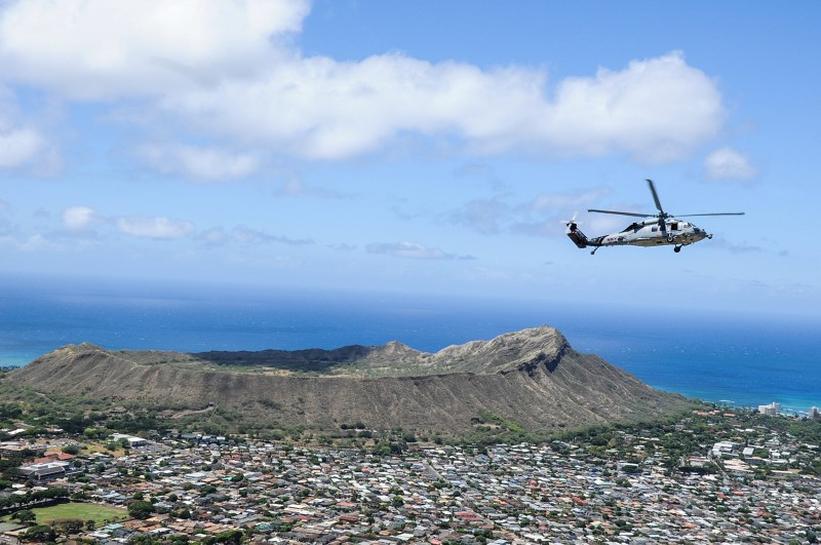 KAILUA-KONA, Hawaii/WILLOW, Alaska Disused military tunnels snake beneath the crater of Diamond Head, out of sight of the tourists lounging near the volcano on Waikiki Beach but very much on the mind of Gene Ward, a state representative from Honolulu.

Alarmed by North Korea’s latest missile tests and claims that its newly developed intercontinental ballistic missile (ICBM) can carry a large nuclear warhead, Ward believes it is time to refurbish the tunnels as civilian shelters in case of a North Korean attack.

“We’ve had wake-up calls before but what happened on July 3 is shaking us out of bed,” said Ward, referring to Pyongyang’s latest missile test.

North Korea’s state media said the missile reached an altitude of 2,802 km (1,741 miles), and some Western experts said that meant it might have a range of more than 8,000 km (4,970 miles), which would put Hawaii and Alaska within striking distance.

Americans from the Alaskan tundra to the tropics of Hawaii have had years to contemplate North Korea’s accelerating missile program, which has generated both angst and shrugs given that the reclusive government’s true capabilities and intentions remain unknown.

Ward, a Republican in a Democratic-majority state, said he supports reviving state legislation that would reopen the bunkers built by the U.S. military even before the Japanese attack on Pearl Harbor in 1941 that prompted U.S. entry into World War Two.

The tunnels are among many military bunkers and batteries carved into Oahu as part of a buildup that began after Hawaii became a U.S. territory in 1898 and continued through World War Two.

If Hawaiians have a stronger sense of vulnerability stemming from Pearl Harbor, then some Alaskan seem largely unperturbed.

Doyle Holmes, a retired U.S. Navy pilot and hardware store owner who lives about 50 miles (80 km) north of Anchorage, sums up his advice to fellow Alaskans this way: “Go back to sleep and don’t keep worrying about it.”

Holmes, 79, a Republican Party activist who retired in March from the Alaska State Defense Force, said his attitude is rooted in his abiding faith in the U.S. military’s ability to counter any attempt by North Korea to strike American soil.

“It would be self-annihilation if they launch a missile at the United States,” Holmes said.

“I think we are going to be OK. I went through the nuclear fallout classes and the bomb shelter stuff in the 1950s and 1960s,” he said, referring to U.S. preparations for a potential Cold War-era Soviet attack that never came.

Some of this would pay for 28 missile interceptors to augment 32 already at a base in Fort Greely, Alaska, a Hill staffer said. The department already had plans to place 40 interceptors at the Ground-based Midcourse Defense (GMD) battery by the end of 2017.

Some experts on Northeast Asian political and security issues believe political leaders and the media have been too quick to qualify North Korea as a nuclear power, questioning whether it can genuinely delivery a functional nuclear warhead with accuracy or whether North Korea would risk certain U.S. retaliation.

But Denny Roy, a senior fellow with the East-West Center think tank in Honolulu, said the public discourse had definitely changed with the latest episode.

“The milestone is that Americans seem to believe that North Korea can hit the U.S. homeland, whereas up until now it was all theoretical and potential,” Roy said.

Hawaiians are mindful that the islands could make an enticing target given their large concentration of U.S. military power, including the Pacific Command responsible for U.S. forces in Asia.

“I’m not building a bunker yet, but we definitely have to stay vigilant,” said Reece Bonham, 24, a retail manager in the city of Kailua-Kona on the Big Island of Hawaii.

Caelen McHale, 21, a University of Hawaii business management major, was skeptical of North Korea’s claims and confident in U.S. military power, but still worried how the United States might respond.

“Our administration is scarier than North Korea’s,” she said.