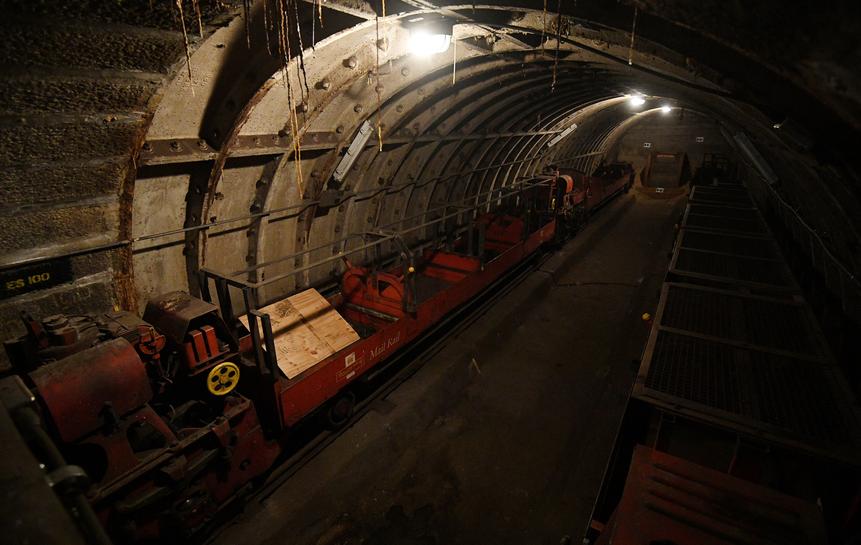 LONDON (Reuters) – Deep below London’s bustling streets, a piece of once-vital communications technology will soon be roaring back into life after years of disuse – a train.

The train operates on the “mail rail” line – a 6.4-mile underground train track that once transported letters and parcels 70 feet below ground to and from sorting offices on the east and west sides of the city 22 hours each day.

The line, construction of which began in 1915, ceased operations in 2003. It will be opened to the public next month as a tourist attraction, part of the new Postal Museum in the city’s Clerkenwell district.

“Mail rail originally came about because mail was being delayed in London due to congestion in the streets above us,” Adrian Steel, director of the Postal Museum and mail rail told Reuters.

Visitors can now ride a section of the old track in specially built trains, and explore an engineering depot turned exhibition space.

“One of the biggest jobs we’ve had is finding a way of taking people through these narrow tunnels that were never meant for people to pass through in a way that’s not completely uncomfortable or dangerous,” Steel said.

Apart from their role in delivering mail, the tunnels played a useful role during the World War One and World War Two.

Construction of the line was halted when war broke out and the space was instead used to store valuable artefacts, and was relied on heavily to avoid mail disruption during the blitz of World War Two.

Aside from its unique history, another aspect of the mail rail line sets it apart from other London underground train lines – an absence of rats.

“It’s a rodent free terminal and under London which is unusual”, Steel said. “Because there were no people on the trains, there is no food for the rats and mice”.

RSAF’s newest tanker aircraft now fully operational; may soon automatically refuel airborne jets
20 crew missing after Philippine ship runs aground in typhoon
Hong Kong bans flights from India, Pakistan and the Philippines over mutant COVID-19 strain
Commentary: It’s too early to slow down the Chinese economy
The true cost of the demand for cheap clothes, to you and the environment