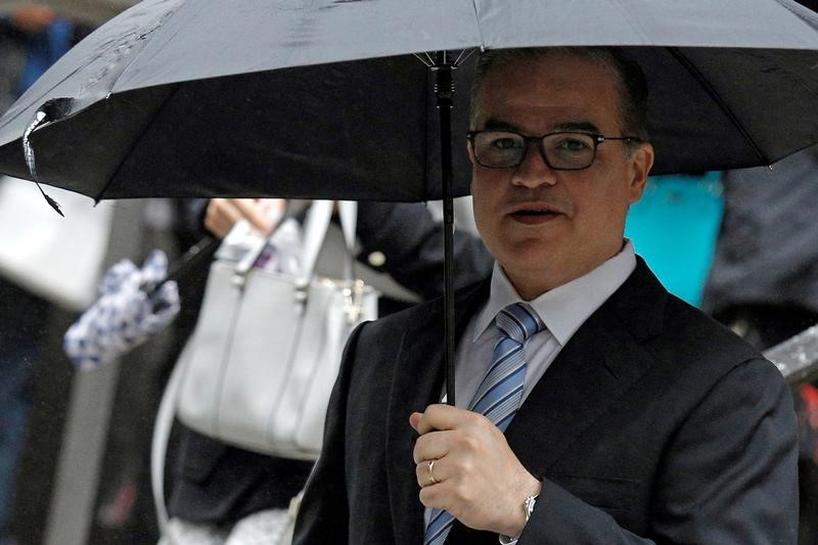 NEW YORK (Reuters) – A member of a prominent Honduran family who once served in the nation’s cabinet on Wednesday pleaded guilty to a U.S. money laundering charge.

Yani Rosenthal, admitted in Manhattan federal court that, while serving as vice president of a meatpacking business owned by the family’s Grupo Continental conglomerate, he “knowingly” authorized purchases of cattle from a business that helped fund the Cachiros, a drug trafficking ring.

Rosenthal, 52, further admitted that the meatpacking company exported beef from those cattle to the United States.

Rosenthal was charged in October 2015 along with his father, Jaime Rosenthal, a former vice president of Honduras, his cousin, Yankel Rosenthal, a former minister of investment under current Honduran President Juan Orlando Hernandez; and Andres Acosta Garcia, a lawyer for Grupo Continental.

Prosecutors have said that the four men engaged in a multi-year scheme to launder proceeds of narcotics trafficking and bribery offenses through accounts located in the United States.

The other three defendants have not pleaded guilty or been convicted. Jaime Rosenthal remains in Honduras, though U.S. authorities are seeking to have him extradited.

He is scheduled to be sentenced on Oct. 13 by U.S. District Judge John Koeltl. The money laundering charge carries a maximum sentence of 10 years, though prosecutors and Rosenthal agreed as part of the plea that federal guidelines call for a sentence of between four years three months, and five years three months.