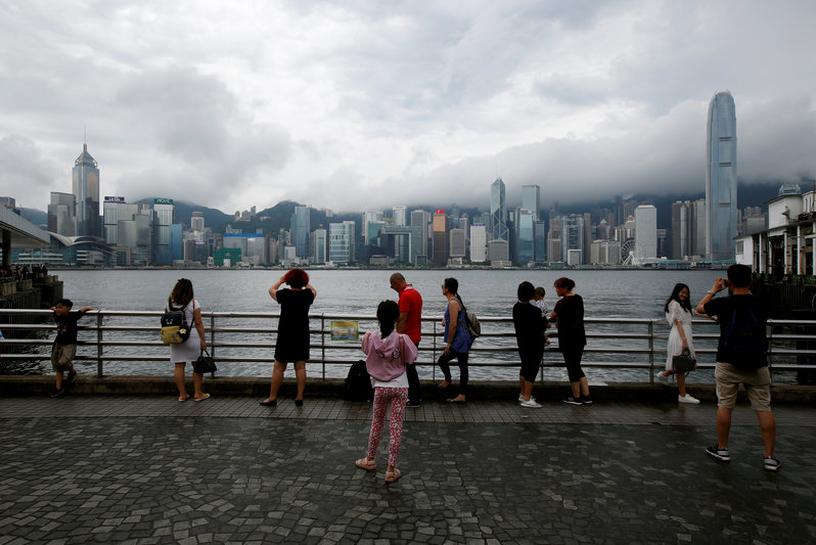 HONG KONG (Reuters) – Hong Kong was bracing on Sunday for Typhoon Roke with winds reaching 73 kmh (45 mph), forcing authorities to shut some services and events in the Asian financial hub, though the city’s international airport continued operating as usual.

The Hong Kong Observatory on Sunday morning raised its typhoon signal to 8, one of its highest warnings which rate typhoons up to 10, as Roke was expected to make landfall over the eastern part of the city.

When a typhoon 8 signal is in place businesses, government offices and schools stay closed, including banks, port operations and the Hong Kong stock exchange.

A spokesman for Hong Kong international airport, one of the busiest airports in the world, said that the flights in and out of the city were operating normally for now, and authorities were keeping an eye on the situation.

The local trains were also operating normally, but some bus and ferry services have been canceled, as per the announcements on the government websites. The annual book fair was temporarily closed due to the typhoon.