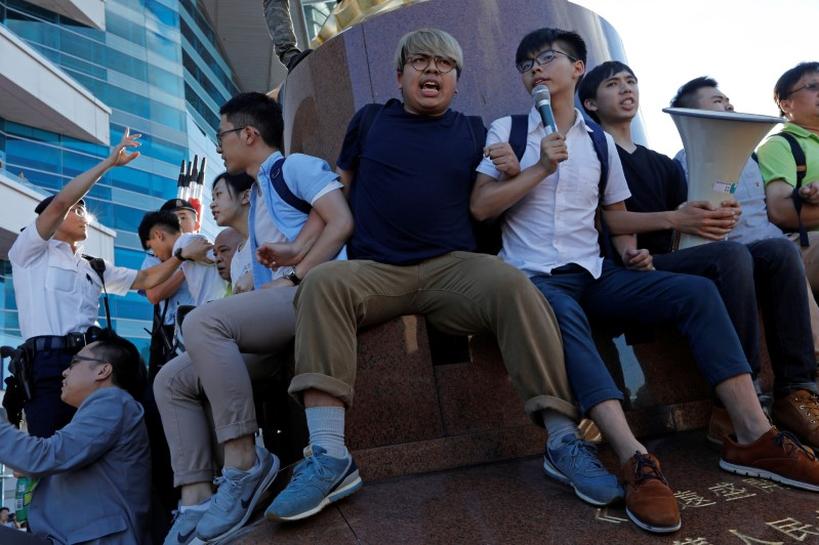 HONG KONG Hong Kong police on Friday released 26 pro-democracy protesters arrested on the eve of Chinese President Xi Jinping’s visit to the city to mark the 20th anniversary of its handover from Britain to China.

Police said in a statement that all 26 arrested were released on bail and must report to authorities in late September. They gave no further details.

Hong Kong police on Wednesday arrested pro-democracy protesters, including student protest leader Joshua Wong, after they scrambled up a monument symbolizing the city’s handover from British to Chinese rule.

President Xi said on Thursday that China would work to ensure a “far-reaching future” for Hong Kong’s autonomy, but he faces a divided city with protesters angered by Beijing’s perceived interference in the city.

Xi arrived in the Asian financial hub on Thursday to mark the anniversary of the handover on Saturday and will swear in the city’s next leader, Carrie Lam.

(Reporting by Donny Kwok; Editing by Anne Marie Roantree and)