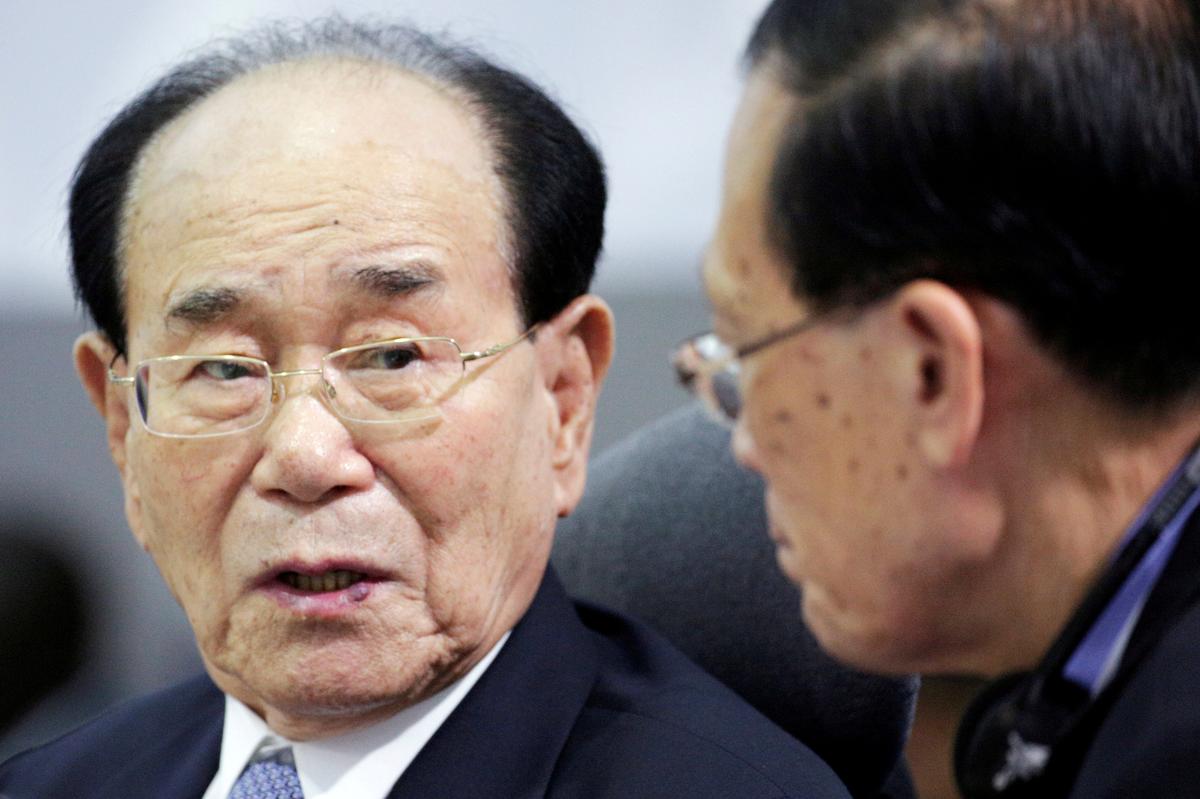 SEOUL (Reuters) – North Korea’s ceremonial leader will make an unprecedented visit to South Korea this week, officials said on Monday, as hopes grow for high-level inter-Korean talks during the Winter Olympics that begin in four days.

Seoul’s Unification Ministry said on Sunday Kim would lead a 22-strong delegation that was expected to arrive in South Korea on Friday for a three-day trip.

Kim’s visit comes as Seoul pins its hopes on high-level talks during the Feb. 9-25 Games between not only the two Koreas but also the North and the United States.

The South’s presidential Blue House in Seoul said the visit by Kim, the most senior North Korean official to cross the border into the South since the Korean War ended with a truce in 1953, would create “various opportunities” for high-level talks.

South Korean President Moon Jae-in told his U.S. counterpart Donald Trump in a phone call on Friday that the momentum of improved North-South relations would continue and that Pence’s visit would be an “important prelude for that”, according to the Blue House.

Trump said during a meeting with North Korean defectors on Friday that, despite a “very tricky situation”, North Korea’s participation in the Olympics could result in “something good”.

However, a White House official has said Pence planned to use his attendance to counter what he sees as Pyongyang’s efforts to “hijack” the Olympics with a propaganda campaign.

Kim is North Korea’s nominal head of state, while the reclusive country is ruled by Kim Jong Un, the third-generation hereditary leader.

He is not blacklisted by the United Nations or the United States because he is not involved in the North’s illicit nuclear and missile programs or associated with related research institutes.

FILE PHOTO: Kim Yong Nam, a member of the Presidium of the Political Bureau of the C. C., the Workers’ Party of Korea (WPK), is pictured in this Korean Central News Agency (KCNA) handout photo released May 10, 2016. KCNA/via REUTERS/File photo

In 2014, Pyongyang sent Choe Ryong Hae, a close aide to Kim Jong Un, as part of a high-level delegation to attend the closing ceremony of the Asian Games in Incheon, South Korea.

Choe is subject to unilateral sanctions imposed by South Korea in 2016.A North Korean art troupe will also likely travel by ship to perform during the Olympics under an exemption from bilateral sanctions, the Unification Ministry said on Monday.

The North has proposed that the orchestra use the Mangyongbong 92, a ferry that chiefly operates between North Korea and Russia, for transportation and lodging, ministry spokesman Baik Tae-hyun told a news briefing.

South Korea banned all North Korean ships from entering its ports in May 2010 and cut off most inter-Korean exchanges, including tourism, trade and aid, in response to a torpedo attack by the North on a navy ship that killed 46 sailors.

“We’re seeking to apply an exemption for the May (2010) measures to support a successful hosting of the Olympics,” Baik said.

The North had initially asked that the art troupe be allowed to cross the border by foot via Panmunjom, located in the demilitarized zone where a North Korean soldier staged a daring defection to the South in November.

The orchestra is scheduled perform at Gangneung, near Pyeongchang, on Thursday and in the capital, Seoul, on Sunday.