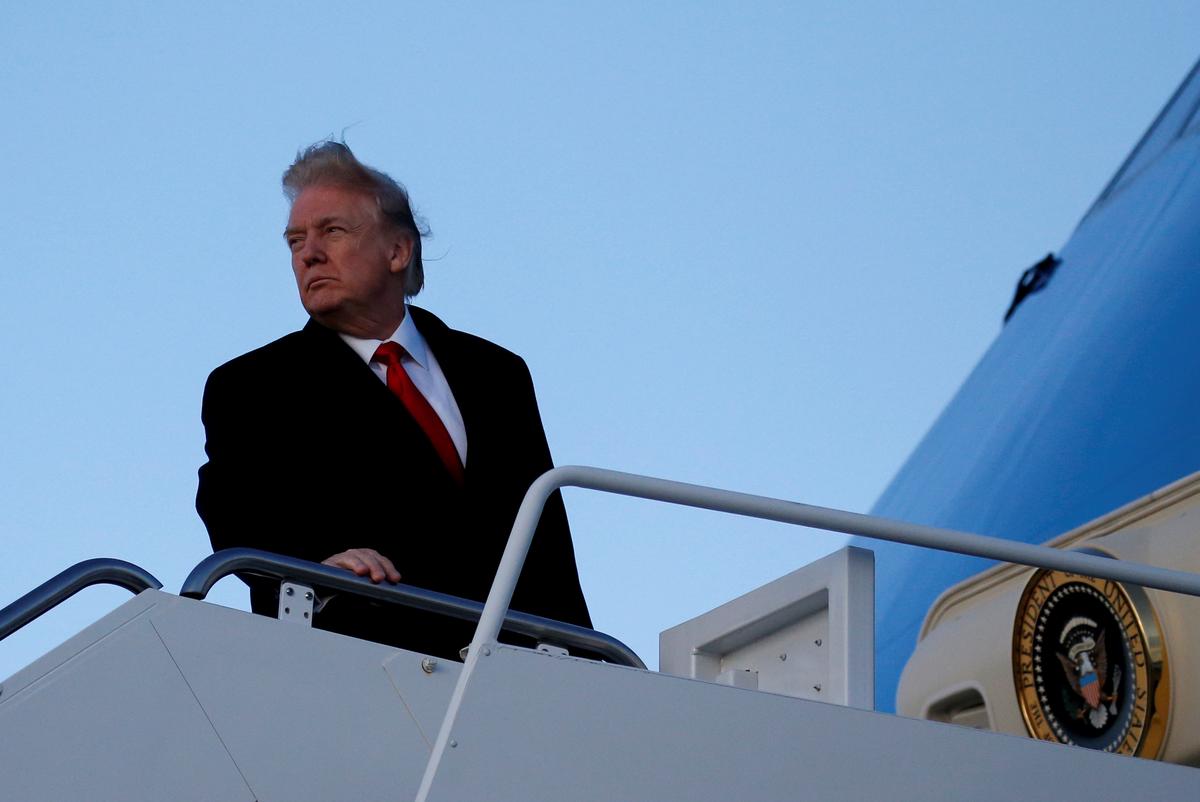 WASHINGTON (Reuters) – The U.S. House Intelligence Committee will consider on Monday whether to release the Democratic rebuttal to a Republican memo that alleged bias at the FBI and Justice Department against President Donald Trump, two sources told Reuters.

The four-page Republican memo, made public on Friday, has fueled a battle between Trump and top leaders at the FBI and Justice Department over Special Counsel Robert Mueller’s investigation into alleged Russian interference in the 2016 presidential election.

The memo accuses the Federal Bureau of Investigation and Justice Department of using misleading information when they sought approval from a top secret court to monitor the communications of a former Trump campaign adviser, Carter Page, on Oct. 21, 2016.

Investigators asked the Foreign Intelligence Surveillance Act court for permission to monitor Page as part of the wider probe into alleged Russian meddling in the election and potential collusion between Trump’s campaign and Russia.

Russia has denied meddling. Trump has insisted there was no collusion by his campaign and has called the Mueller probe a “witch hunt” and a “hoax.”

Democrats accuse Trump and his Republican allies of trying to use the memo to undermine the Russia probe and possibly make the case for the firing of Mueller or Rod Rosenstein, the No. 2 official at Justice who is overseeing Mueller.

The Republican-led House Intelligence Committee released the memo, which said the FBI and Justice Department sought a warrant for monitoring the communications of Page based on unverified information from a dossier partly paid for by Democrats.

The FBI objected, however, saying it had “grave concerns” that the document gave an inaccurate account of the application to carry out surveillance on Page.

The Democratic lawmakers’ memo is expected to outline what they see as flaws in the Republican document. Two sources told Reuters on condition of anonymity on Sunday that the House Intelligence Committee would consider declassifying the Democratic memo on Monday and making it public. One said the meeting would take place at 5 p.m. (2200 GMT) and that there would be a vote.

The White House said the president would be open to releasing the Democratic memo after it was subjected to a security review. “If voted out, we’ll consider it. Nothing more to add,” White House spokeswoman Lindsay Walters said on Sunday.

A Democratic member of the House of Representatives Intelligence Committee, Michael Quigley, said on Sunday he was concerned that Trump could censor the Democratic memo that must be sent to him for a five-day security review before it is released under the same rule by which the Republican document was made public.

Democrats have pointed out that the FBI and Justice sought three renewals of the original warrant for surveillance of Page. All three were approved by FISA court judges. FISA warrants must be renewed every 90 days and each time, the government must show that the surveillance collected valuable foreign intelligence.

The memo also confirmed that the FBI investigation, which Mueller took over in May, was triggered in late July 2016 by contacts between Russians and another Trump campaign adviser, George Papadapoulos.

Tweeting from his resort in Palm Beach, Florida, on Saturday, Trump said the Republican memo “totally vindicates” him in the Russia investigation and called Mueller’s probe a “disgrace.”

But several Republican lawmakers who spoke about the controversy on Sunday disagreed with the president, including Trey Gowdy, a member of the House Intelligence Committee and one of the authors of the Republican memo.

Speaking on the CBS program “Face the Nation,” Gowdy said he believed the Republican memo showed sloppiness by investigators in their application to the FISA court. But, he said, the Russia probe should continue regardless.

“I am on record as saying I support Bob Mueller 100 percent,” Gowdy said. “I say investigate everything Russia did, but admit that this was a really sloppy process that you engaged in to surveil a U.S. citizen.”

Will Hurd, another Republican member of the House Intelligence Committee, agreed that the Republican memo should have no impact on Mueller’s investigation.

“Bob Mueller should be allowed to turn over every rock, pursue every lead, so that we can have trust in knowing what actually the Russians did or did not do,” Hurd said on ABC News’ “This Week.”

Former CIA Director John Brennan slammed the Republican House intelligence panel chairman, Devin Nunes, who commissioned the Republican memo, for his handling of its release and for his refusal to make public the Democratic rebuttal alongside it.

“It really underscores just how partisan Mr. Nunes has been. He has abused the office of the chairmanship of HPSCI (House Permanent Select Committee on Intelligence),” Brennan told NBC’s “Meet the Press.” “And I don’t say that lightly.”