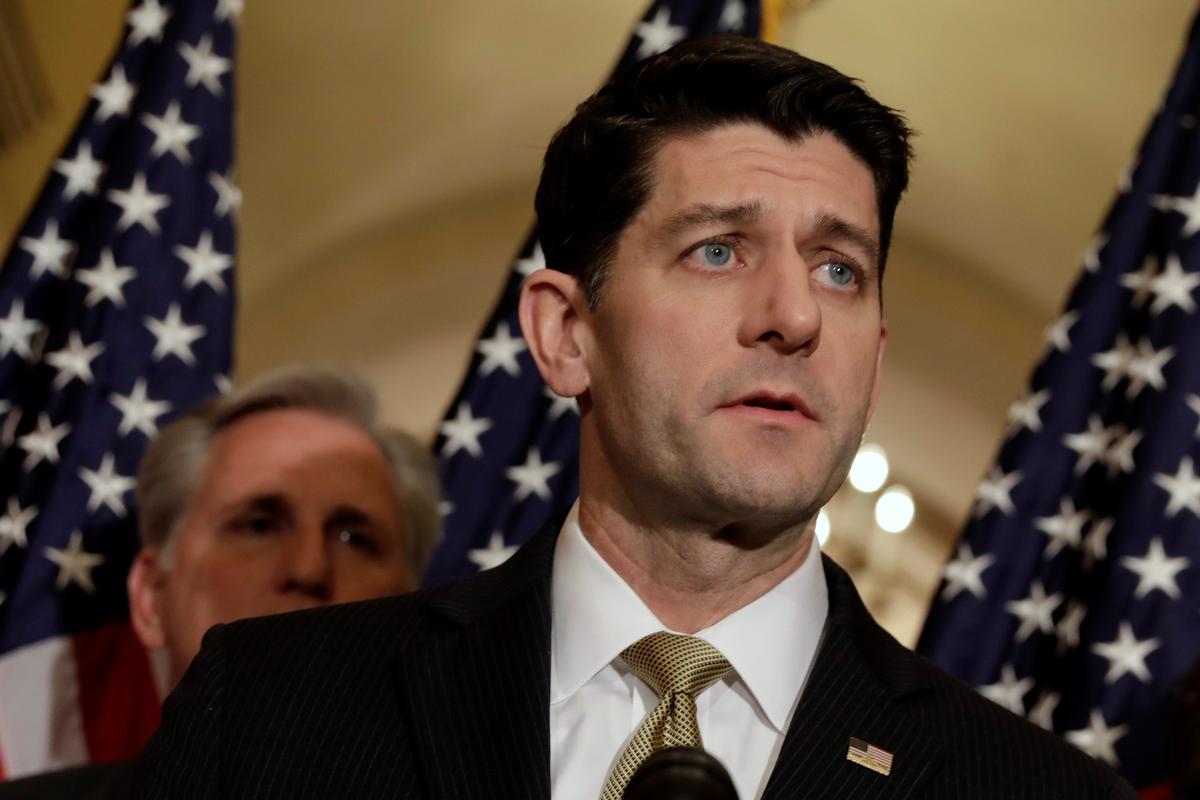 WASHINGTON (Reuters) – U.S. House Speaker Paul Ryan deleted a tweet on Saturday cheering a $1.50 increase to a Pennsylvania school secretary’s weekly pay because of a $1.5 trillion tax cut after it drew criticism that he was out of touch with ordinary Americans.

Ryan’s tweet had linked an Associated Press story on Americans reaping the benefits of the tax cut. The story cited as an example, Julia Ketchum, a secretary at a public high school in Lancaster, PA, who said she was “pleasantly surprised her pay went up $1.50 a week.”

“A secretary at a public high school in Lancaster, Pennsylvania, said she was pleasantly surprised her pay went up $1.50 a week … she said [that] will more than cover her Costco membership for the year,” Ryan tweeted.

Ryan’s office was not immediately available to comment over the weekend.

The Trump administration and Republicans have cast the massive tax cuts, which came into effect in January as creating jobs and boosting economic growth. But critics have argued that they benefited the rich and would blow up the national debt.

Some social media users accused Ryan of being out of touch, with California Lieutenant Governor Gavin Newsom posting on Twitter that “Guess someone told Paul Ryan you shouldn’t go around praising yourself for giving a working person an extra $1.50 a week — because he deleted this tweet.”

“Paul Ryan deleted his embarrassing tweet of a blatant admission because he and Republicans don’t want you to know the truth: the #GOPTaxScam is a gift to corporate America and the top 1% at your expense,” Pelosi tweeted.