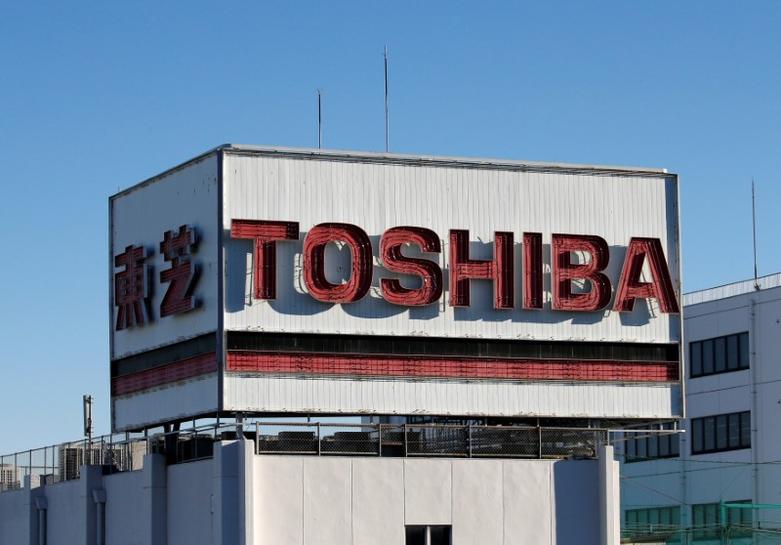 TOKYO (Reuters) – Japanese conglomerate Toshiba Corp’s talks to sell its prized memory chip business have stalled, raising concerns over how fast the company can plug a multi-billion-dollar balance sheet hole left by the collapse of its U.S. nuclear business.

Toshiba’s chips and devices business accounted for roughly a third of its sales in the last financial year, and is the world’s second-largest maker of NAND chips after Samsung Electronics Co Ltd.

The following are key questions and answers on the state of play and what might come next.

A. Toshiba said early this year that it would sell its chip business to pay down debt and cover the impact of a $6.33 billion writedown and liabilities linked to U.S. nuclear arm Westinghouse. Shareholders approved the plan in March.

But Western Digital, which jointly invests in Toshiba’s main chip plant and is a rival bidder, has taken Toshiba to court, arguing it needs to consent to a sale.

The battle has unnerved the state-backed funds, and they are demanding that Toshiba resolve the conflict before the sale. Another point of contention has been a proposal by SK Hynix to help fund the deal with convertible bonds – a step that could eventually give it an equity interest. The Japanese funds do not want SK Hynix to gain a management stake.

Q. What is Toshiba doing?

A. In attempt to revive the stalled talks, Toshiba began reconsidering offers from other bidders last month, including Western Digital as well as Foxconn, formally known as Hon Hai Precision Industry, sources have said.

Foxconn has said Apple Inc and computing giant Dell would join its bid. Sources said this week that the board was still split over which proposal was better.

Q. Why does Toshiba need to sell it?

A. Toshiba estimates that its nuclear losses drove its net worth to a negative 582 billion yen ($5.25 billion) in the last fiscal year.

Reporting negative net worth – liabilities exceeding assets – for the second year running would prompt a delisting from the Tokyo Stock Exchange.

Given regulatory approvals for any chips sale are likely to take at least several months, analysts say the company needs to reach a deal in weeks – rather than months – if it wants to be sure to close the deal by the end of the fiscal year in March.

Toshiba has not provided an updated timeline for its decision on chips, saying it wants to clinch a deal as soon as possible.

Q. What else could trigger a delisting?

A. Toshiba could also be forced to delist if auditor PricewaterhouseCoopers Aarata does not endorse its financial results for the last fiscal year by an Aug. 10 deadline.

Toshiba has already been demoted from the bourse’s main board, and a non-endorsement by its auditor would increase chances of a delisting, although the decision is up to the bourse.

PwC has queried whether Toshiba needed to recognize losses at Westinghouse earlier, rather than in December last year. Toshiba was then still recovering from a previous 2015 accounting scandal that led to the ousting of several bosses.

Q. Does a delisting matter?

A. If it is delisted before a chips sale is completed, that disposal becomes less urgent.

But it could further complicate Toshiba’s ability to raise money from markets or banks, in particular to feed its cash-hungry memory-chip business, jeopardizing its competitiveness.

Toshiba is already barred from issuing equity as a result of the 2015 scandal.

A delisting would cause some market waves and impact key shareholders.

It would be the first major delisting for over a decade; even camera maker Olympus averted one in 2012, following a scandal around hidden losses.