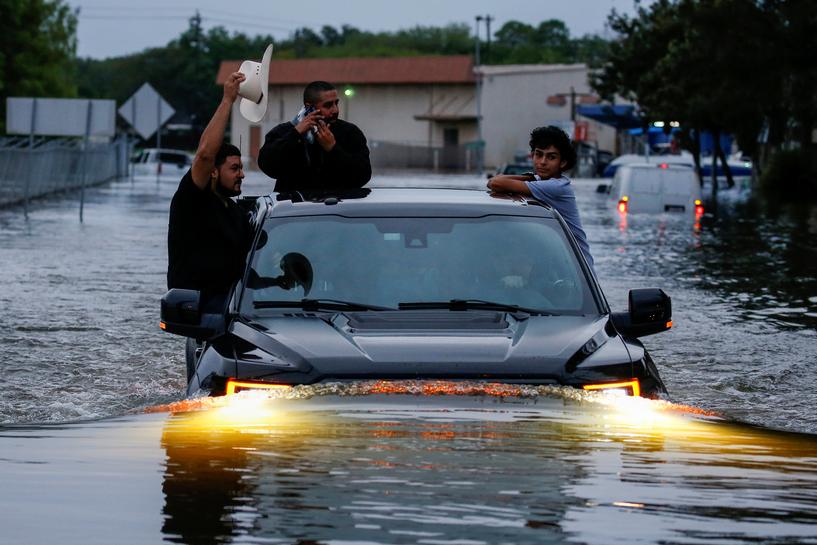 FRANKFURT (Reuters) – Damages from Harvey, the hurricane and tropical storm ravaging Houston and the Texas Gulf Coast, are estimated to be well below those from major storms that have hit New Orleans and New York, according to Hannover Re on Monday.

Hannover Re, one of the world’s largest reinsurers, said that insured losses for Katrina in 2005 were around $80 billion, while losses from Sandy in 2012 were $36 billion.

“We are far from Katrina and Sandy in magnitude in the case of Hurricane Harvey,” a spokeswoman for the company said.

Insured losses for Harvey are so far estimated at less than 3 billion, a person with knowledge of an early market estimate said on Monday.

The person spoke on condition of anonymity because the industry is still assessing costs while the storm continues.

Harvey was set to dump more rain on Houston on Monday, worsening flooding that has paralyzed the United States’ fourth-biggest city, forced thousands to flee and swollen rivers to levels not seen in centuries.