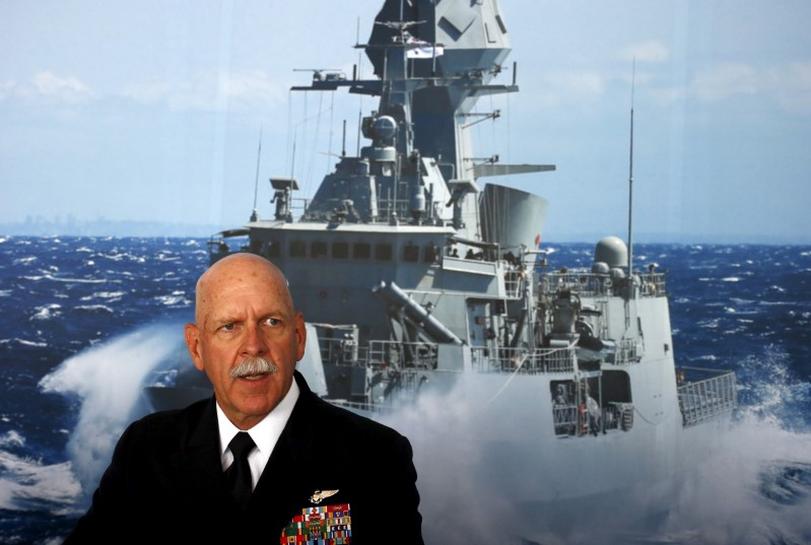 MELBOURNE (Reuters) – The U.S. Pacific Fleet commander, addressing a security conference in Australia, said in answer to a question on Thursday that he would be prepared to launch a nuclear strike on China if President Donald Trump so ordered.

The fleet spokesman later said the question was asked as an “outrageous hypothetical”.

Admiral Scott Swift was speaking at the Australian National University in Canberra when he was asked whether he would be prepared to launch a nuclear attack on China if ordered to do so by Trump.

“The answer would be yes,” he said.

Swift said that all members of the U.S. military had sworn an oath to obey officers and the U.S. president as commander in chief to defend the constitution.

“This is core to the American democracy,” he said, in a recording of the event obtained by Reuters.

“Any time you have a military that is moving away from a focus, and an allegiance, to civilian control, then we really have significant problems.”

Swift’s answer reaffirmed the principle of civilian control over the military and was based on an “outrageous hypothetical” in the question, Pacific Fleet spokesman Captain Charlie Brown told Reuters.

“Frankly, the premise of the question was ridiculous,” he said. “It was posed as an outrageous hypothetical, but the admiral simply took it as an opportunity to say the fact is that we have civilian control of the military and we abide by that principle.”

Trump has held high hopes for greater cooperation from China to exert influence over North Korea, leaning heavily on Chinese President Xi Jinping for his assistance. The two leaders had a high-profile summit in Florida in April and Trump has frequently praised Xi.

Reporting by Colin Packham in SYDNEY and Melanie Burton in MELBOURNE; Editing by Nick Macfie