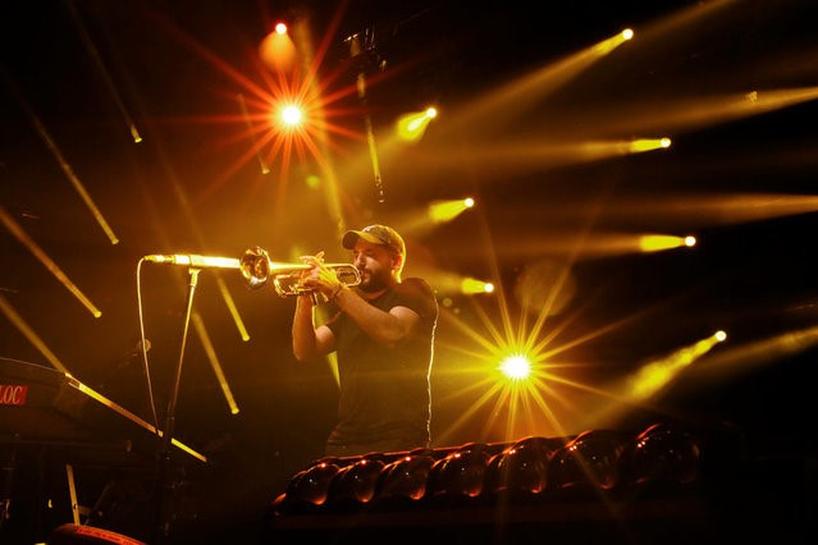 MONTREUX, Switzerland (Reuters) – Ibrahim Maalouf brought his bold, brassy sound to the Montreux Jazz Festival on Thursday, moving from trumpet to piano solos as he blended jazz with melodies influenced by the Orient.

The French-Lebanese trumpet player and composer, making his first appearance since 2006, followed veteran George Benson who performed for the 25th time on the famed Swiss stage.

Quincy Jones, producer of Benson’s 1980 mega-hit “Give Me The Night” and a former co-director of Montreux, introduced the jazz guitarist and singer who opened at Stravinski Auditorium.

Benson, a winner of 10 Grammy Awards, has appeared regularly since 1986, including alongside legend Ray Charles, who died in 2004.

The American musician, whose voice is still strong and mellifluous at age 74, played love ballads including “Kisses in the Moonlight” and “The Greatest Love of All”, later covered by Whitney Houston. He closed with “Give Me The Night” and “On Broadway”, rounded off by a fabulous drum solo by Khari Parker.

Maalouf, born in Beirut to musician parents, moved effortlessly between instruments. He grew up in Paris after the family fled Lebanon during that country’s civil war.

French-Lebanese trumpet player Ibrahim Maalouf performs with a group of musicians for the 6th song “True Sorry” during his first appearance at the 51st Montreux Jazz Festival in Montreux, Switzerland, July 13, 2017.Pierre Albouy

“I played my first concert here 11 years ago at the Montreux Jazz Cafe. When it was over, I was tired so I went to bed at 2 a.m.,” the 36-year-old Maalouf told the crowd.

“The next morning, I found out that Prince had shown up at the cafe at 2 and jammed until 5 o’clock in the morning. You learn a lot in life. Tonight I’m not sleeping,” he said.

Maalouf played tracks from his 2015 album “Red & Black Light”, including the title song, “Elephant’s Tooth” and “Improbable”. He encouraged the audience to join in humming, swaying and jumping up and down to his powerful arrangements.

“It was more show than performance,” said Mohammad Ashkanani, a Kuwaiti fan. “But he is a great musician, I have two of his CDs, both excellent.”

“I’ve been coming for 40 years to Montreux, almost every year,” he said. “It is high-class music and I love jazz.”

“It was huge. Just incredible playing with him for 3,000 people,” Damien Limat, a 24-year-old saxophonist from the Lausanne jazz school, told Reuters after the show.