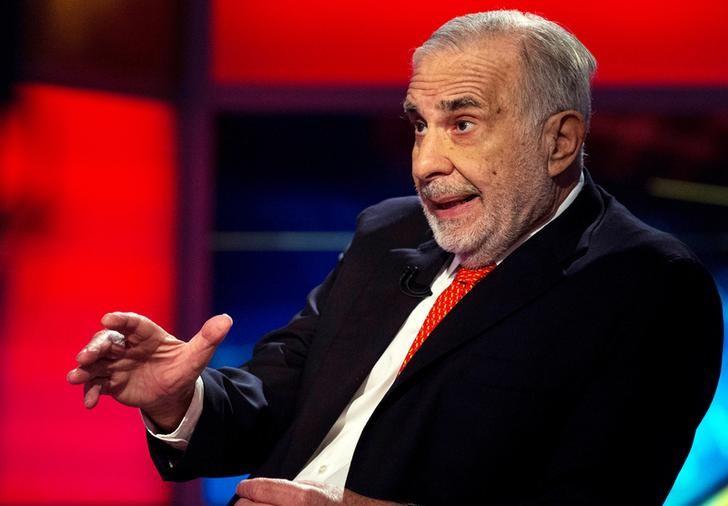 Icahn and Deason – respectively the No.1 and No.3 Xerox shareholders with a combined stake of over 15 percent – plan to nominate four board members if their demands were not met, they said in a joint letter to Xerox shareholders.

Xerox shares were up 2.5 percent in late afternoon trading on Monday.

Declining demand for office printing has limited prospects of the 50-year-old JV, which is 75 percent owned by Fujifilm Holdings Corp (4901.T) and sells photocopy products and services in the Asia-Pacific region.

Chief Executive Jeff Jacobson is “incapable” of leading Xerox or negotiating a better deal with Fujifilm, while the company’s veteran directors “are unwilling to make the tough decisions necessary to prevent the Xerox ship from sinking,” Icahn and Deason said.

Three of Xerox’s 10 board members have held their post for more than a decade. Jacobson, who joined Xerox in early 2012, is also a board member.

In a statement, Xerox said: “The Xerox Board of Directors and management are confident with the strategic direction in which the Company is heading and we will continue to take action to achieve our common goal of creating value for all Xerox shareholders.”

FILE PHOTO: The logo of Xerox company is seen on a building in Minsk, Belarus, March 21, 2016. REUTERS/Vasily Fedosenko/File Photo

The Wall Street Journal reported on Sunday Icahn and Deason were pushing the company to consider options, including selling itself.

Icahn’s interest in Xerox goes back to 2015, when he disclosed his stake and called the shares “undervalued”.

Since the split, Xerox has reported declining sales in every quarter.

Its shares have risen 38 percent since Jacobson took the reins, compared with the roughly 46 percent gain in the S&P 500 technology index .SPLRCT over the same period.

But Xerox’s stock gains include a near 20-percent jump on the first trading day as the new Xerox.

The stock is also up about 7.5 percent since Jan. 10 when the Journal reported Xerox and Fujifilm were in deal talks that could include a change in control of Xerox, but not a full takeover.

Reporting by Muvija M in Bengaluru; Editing by Sayantani Ghosh and Savio D’Souza