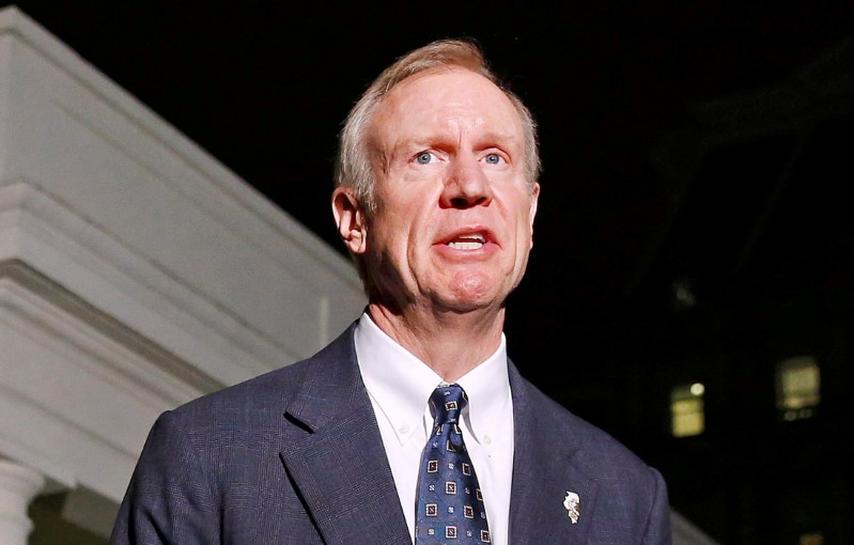 CHICAGO Illinois ended its historic budget drought on Thursday after the House of Representatives enacted the state’s first complete spending plan since 2015 by overriding the governor’s vetoes.

But the $36 billion fiscal 2018 budget and $5 billion tax hike may not save Illinois from becoming the first-ever U.S. state with a junk credit rating.

The Democratic-controlled House mustered some Republican votes to enact a trio of budget and revenue bills into law over Republican Governor Bruce Rauner’s objection. The House’s action, which was delayed by a nearly two-hour lockdown of the state Capitol in Springfield after a woman threw a white powder into the governor’s office, followed successful Senate veto override votes on Tuesday.

The spending plan for the fiscal year that began on July 1 ends an unprecedented two-year budget impasse between Rauner and Democrats who control the legislature.

Rauner pointed to House Speaker Michael Madigan as the architect of the 32 percent permanent increase in the state’s personal income tax rate, which will rise to 4.95 percent from 3.75 percent.

“His tax-and-spend plan is not balanced, does not cut enough spending or pay down enough debt, and does not help grow jobs or restore confidence in government,” Rauner said in a statement, adding that Illinois “desperately” needs local property tax relief and term limits for elected officials.

Madigan, who next month will becomes the longest-serving House speaker in U.S. history, said he acted in the state’s interest.

“The people in this chamber did not do what was easy today, but we did what was right for the future of our state,” Madigan said after the House completed veto overrides of the budget and tax package, which ranks as one of the brightest legislative victories of his three decades as speaker.

After the security scare, when a woman threw a white powder which was later determined to be harmless into the offices of the governor and lieutenant governor and the House gallery, the bipartisan turning back of Rauner’s budgetary vetoes came swiftly. For Rauner it was the most significant and humiliating political blow of his 30 months in office.

Representative David Harris, who was among the 10 Republicans who voted to overturn the tax hike veto, rhetorically asked Rauner from the House floor how he willingly could take the state into the “financial abyss” considering the governor’s long-established business acumen as a former private equity investor.

“You are an astute, capable businessman. You understand what the numbers are here,” Harris said. “You understand the implications of junk-bond status. Is that what we want for the fifth-largest state in the union?”

Rauner’s allies made an effort to defend the governor’s position to hold out for non-budgetary priorities like a property-tax freeze and changes in how injured workers are compensated by employers, but it was a lost cause.

“I hope that everybody back home and everybody across this state will rise up, let everyone in this chamber know exactly how they feel after this vote is taken,” said Representative John Cabello, a Republican “no” vote.

Illinois has been operating for two fiscal years on stop-gap budgets and spending ordered by courts and mandated by Illinois law. Its unpaid bill backlog has ballooned to $15 billion, leaving state universities, social service and health care providers and scores of vendors starving for cash.

Moody’s Investors Service, which rates Illinois one notch above junk, placed the state under review on Wednesday for a potential downgrade, saying the budget plan may fall short in addressing the state’s huge unfunded pension liability and the bill backlog.

The new budget aims to initially reduce the bill pile by only about a third, while banking on a projected $1.5 billion in savings from creating a hybrid retirement plan for new hires and other pension measures.

Praise for Thursday’s House action flooded in from cash-deprived social-service groups, including the Chicago-based Ounce of Prevention Fund, a group dedicated to fighting childhood poverty whose president is Diana Rauner, the governor’s wife.

“We applaud the members of the General Assembly in both parties who took the tough vote to try to end this impasse,” the group said in a statement.

With a new budget in hand, the Illinois Lottery will immediately seek leave to resume sales of Mega Millions and Powerball tickets after they were suspended in late June, and a shutdown of billions of dollars in state road projects will end, according to state spokespeople.