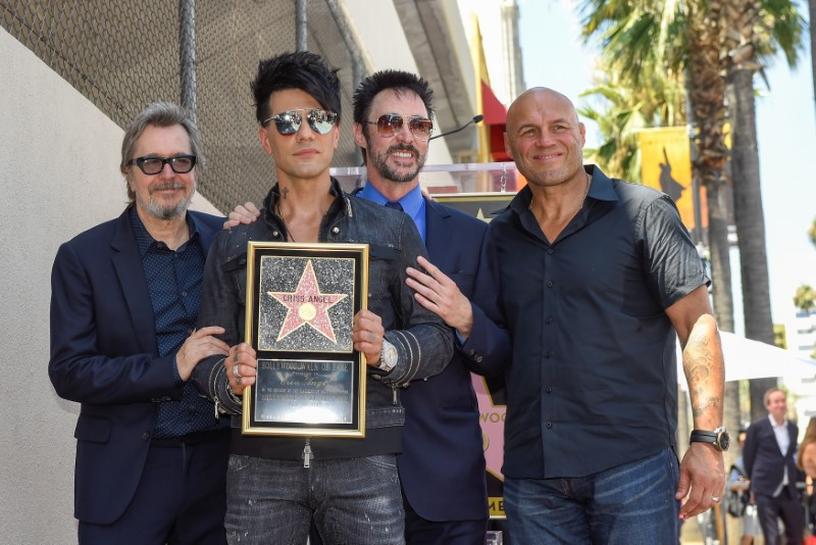 “It’s unbelievable. Houdini died in 1926 and this star will remain here for as long as this planet is here,” Angel said during a ceremony in Los Angeles.

“You realize that all of these people that are on this street are just like you and me, except they worked their ass off”, Angel said, standing on the star-studded boulevard.

Born Christopher Sarantakos, Angel earned his fame on the 2005 A&E Network show “Mindfreak” with an act that included walking on water, levitating and being set on fire.

In one memorable performance, Angel floated more than 150 meters (500 ft) above the Luxury casino’s pyramid in Las Vegas. Angel was named Magician of the Century by the International Magicians Society in 2010.

Starting out dressed in gothic outfits, with long, black hair and black nail polish and make-up, Angel has since mellowed his image.

“The man who I have come to know is a kind, gracious soul, beyond generous with his time and who is on an unending mission to give back,” said British actor Gary Old man.

Magician Lance Burton and Ultimate Fighting Championship (CFC) fighter Randy Couture were among others who turned out to honor Angel at the ceremony.