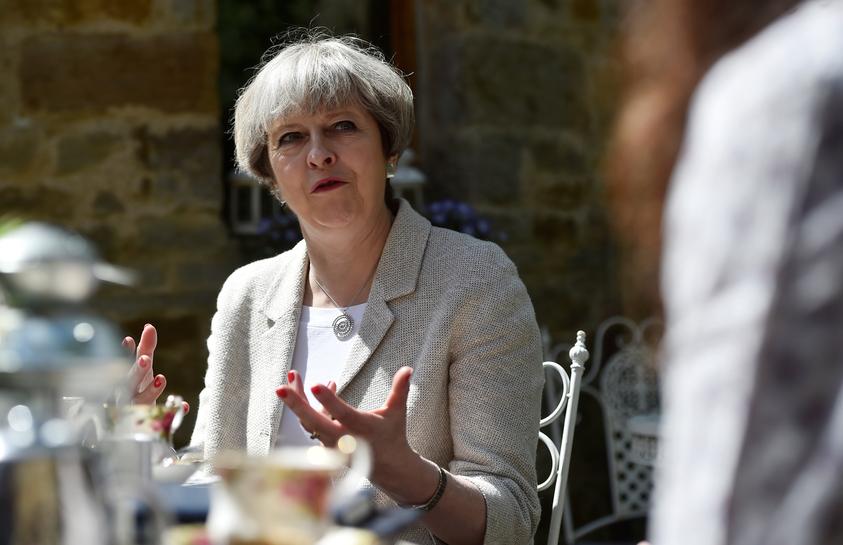 Now the 58-year-old roofer plans to back Prime Minister Theresa May’s Conservatives in Thursday’s election because he wants Britain out of the European Union.

The EU divorce has broken the mould of British politics, luring new voters like Hill to the ballot box and deeply eroding old party loyalties. That makes turnout – and the election result – all the harder to call.

May, who last year campaigned quietly to stay in the European Union, is now leading the march for the exit. If she can poach Brexit-supporting voters from the opposition Labour Party and the United Kingdom Independence Party, her big gamble on a snap election could pay off.

In contrast, if opposition Labour leader Jeremy Corbyn – who voted against EU membership in 1975 – can entice enough younger pro-EU supporters out to vote Labour in the hope of a “softer” Brexit, he could be in with a chance.

“As long as they get us out of Europe I’m not bothered” about other issues, Hill, perched on a wall below Wakefield’s imposing cathedral, told Reuters.

“I’ve never agreed with Europe. They’ve got too much power over us now – we need to get it back.”

Nearly 3 million more people voted in the referendum than at the 2015 national election, with the biggest increases in leave-supporting areas, like Wakefield in northern England.

The city, held by the Labour Party since 1932, voted 66 percent in favour of leaving the EU. Turnout was more than 10 percentage points higher in the referendum than in the 2015 election.

Whether people like Hill will turn out again, and how far socialist leader Corbyn will succeed in attracting his own cohort of new voters, is driving uncertainty about the election result.

Since May called the election in April, her party’s poll lead has narrowed. But different polling methods have produced a dramatically wide range of forecasts – from May losing her majority in parliament to winning a landslide victory.

“(Turnout) is the big unknown, it is one of the reasons why there is a difference between all the polls at the moment,” said Anthony Wells, director of political and social research at pollsters YouGov.

Wakefield’s Brexit-supporting Conservative candidate Antony Calvert, hoping to overturn a 2,613-vote Labour majority, is aware he needs to get people like Hill to vote again on June 8.

“These are not habitual voters, these are one-off voters. What we are seeing is people still talking about Brexit all the time, and we need to just ensure that is motivating people to the ballot box next Thursday,” he said.

Wakefield is among the seats anti-EU UKIP is not contesting. It won 7,862 votes there in 2015.

May has made much of Brexit in the election campaign, pitching herself as the only leader capable of delivering a successful divorce. Corbyn has said the issue of Brexit is settled but many in his party oppose leaving the EU.

Gillian Cruise, a lifelong Labour voter in Wakefield until she switched to the Conservatives in 2015 because of their promise to hold the referendum, has now volunteered to campaign for May’s party.

The 49-year-old is angry at the city’s incumbent Labour lawmaker, who voted in parliament against starting the formal Brexit process.

“We told her that we wanted to leave and she threw it back,” said Cruise. Some are following her to the Conservatives, but others cannot bring themselves to abandon their roots.

“There are still a lot that voted to leave the EU that just can’t bring themselves to vote Conservative because it is so ingrained in them to vote Labour,” she said.

“Those are the people that I want to talk to.”

Pro-EU group Open Britain is campaigning for candidates who will fight what it describes as May’s “hard, destructive” Brexit. Gina Miller, whose legal action forced the government to give parliament a vote on triggering Brexit, is running a campaign to support pro-EU candidates.

In 41 seats, parties have stood aside to try to help a fellow “progressive alliance” candidate win.

But Wells said such attempts to encourage tactical voting would have little impact because of the collapse in support for smaller parties such as the Liberal Democrats, with most seats a straight race between Conservatives and Labour.