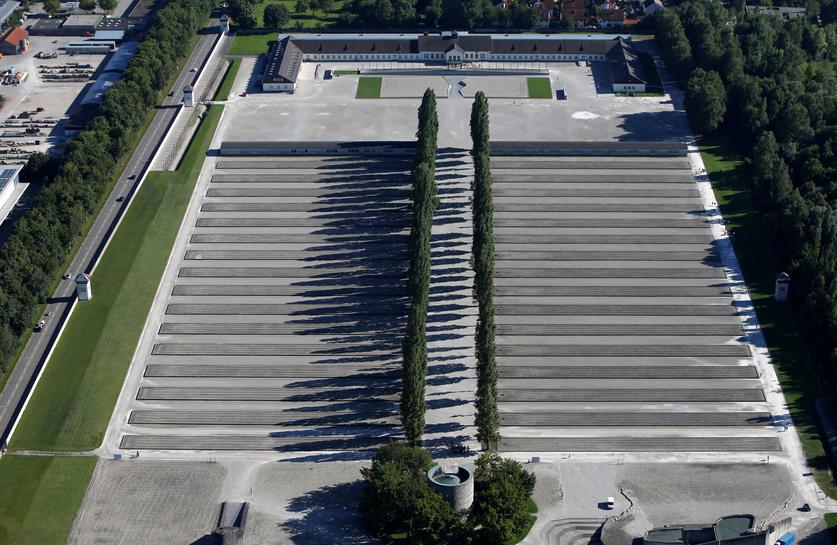 BERLIN/WEIMAR, Germany (Reuters) – For the past decade, the pupils of the Manfred von Ardenne school in Berlin have been visiting a local cemetery to tend the graves of victims of the Nazis.

By honoring those who died doing forced labor for Adolf Hitler’s regime and learning their stories, pupils gain a clearer, more visceral understanding of their country’s crimes 75 years ago.

“It is very important for us to bring our pupils closer to what happened to make sure it never happens again,” said Annemarie Sardisong, the school’s head teacher. “Especially now when the world seems to be coming out of joint.”

In few countries was public opinion so shocked by last weekend’s events in Charlottesville, Virginia, as in Germany, where the sight of skinheads marching by torchlight and chanting anti-Jewish slogans had historical resonance.

German Chancellor Angela Merkel condemned “racist, far-right violence”, although she also stressed that Germany had its own problems with extremism and needed to put its own house in order before pointing the finger at others.

But when U.S. President Donald Trump declined in a press conference to distance himself from white supremacists chanting “Jews will not replace us”, even the officially impartial German public media struggled to conceal its shock.

“There is a new reason to be worried about the condition of the U.S.,” said news anchor Claus Kleber in a Tuesday evening broadcast. Eight years after the United States elected its first black president, “we thought America had overcome its original sin of slavery and racism. Is this a relapse?”

After the fall of the Nazi regime, which murdered some 6 million Jews in concentration camps and gas chambers, atoning for crimes like the Holocaust was central to post-war West Germany’s ambitions to win back the world’s trust.

From the first, unamendable article of the German constitution, which declares “human dignity is inviolate”, to bans on extremist organizations and totalitarian symbols, or “political culture” classes in schools, huge efforts go into maintaining a healthy polity.

Such sensitivity can take foreigners by surprise.

Last week, a drunken American tourist was assaulted in the eastern city of Dresden for giving an outstretched-arm Hitler salute and then charged with the crime of displaying the symbol of an unconstitutional organization.

Two Chinese tourists had a similar experience, detained and fined by a passing policeman for giving the “Hitler greeting” when posing for photographs in front of the German parliament.

In the aftermath of the Charlottesville clashes, when a young woman was killed as far-right activists marched under the sign of the Nazis’ swastika symbol, Trump’s failure to draw a distinction between neo-Nazis and their opponents shocked.

“For an American president, his reaction was completely inappropriate,” said Bengt Kasper, 54, a history teacher taking his class round the Buchenwald concentration camp near Weimar.

All over Germany lie “Stolpersteine”, or stumbling stones embedded in pavements, marking the last place where victims of Nazis lived in freedom before being murdered by the regime. Remembrance culture ensures the past is never far away.

Visitors familiar with London memorials that glorify generals who carried out bloody imperial campaigns in the 19th century or statues in the U.S. to Confederate leaders who fought to preserve slavery in the American Civil War are often surprised by Germany’s emphasis on commemorating its darkest deeds.

“I have the feeling that in the U.S. a lot of history is suppressed. We do it differently here – just look at where we are,” said Martine Pukownick, 48, a nurse visiting Buchenwald, standing next to the ovens in which prisoners dead of exhaustion or typhus were cremated.

It is an irony that much of the ground for today’s remembrance culture was laid by the U.S. and British victors who occupied Germany after World War Two, said Jeannette van Laak, a historian.

“It was part of the democratization program put in place by the allies,” she said, describing exhibitions they put on to inform a defeated and demoralized population about the horrors Germany perpetrated. “It wasn’t just pedagogical finger-wagging,” she said. “It was sober and objective.”

Even in Germany, this ground is contested. A long line of conservatives, chief among them the late Franz-Josef Strauss, who ran the state of Bavaria for decades, have criticized what they see as Germany cringing before its past.

Today, that line is represented by the hard-right Alternative for Germany party (AfD), which is set to enter parliament for the first time in a Sept. 24 election. Bjoern Hoecke, one of its most prominent politicians, caused uproar by describing the vast field of stark concrete pillars that is Berlin’s Holocaust memorial as a “monument of shame”.

Controversy has been stirred in the United States by the removal of monuments to the pro-slavery Civil War Confederacy, a step decried by Trump in comments which echoed the views of white nationalists and drew stinging rebukes.

“I saw how memorials were built and destroyed in East Germany,” said Kasper, the history teacher, who cautioned against tearing down statues. “It was the government that decided. That’s not the way to go. Americans must decide for themselves. It should not be decided rashly and emotionally.”