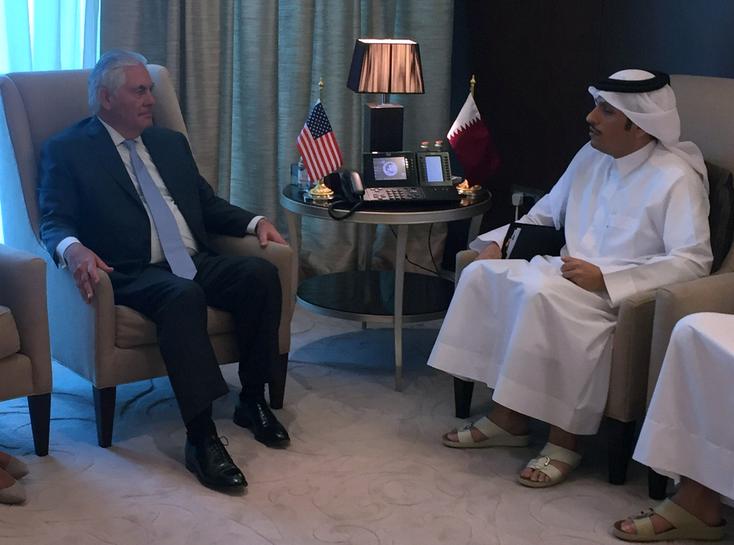 DOHA U.S. Secretary of State Rex Tillerson told reporters in Doha on Tuesday that Qatar had “reasonable” views in the month-old diplomatic row with Arab neighbors and he was hopeful of progress toward a resolution.

“I am hopeful we can make some progress to begin to bring this to a point of resolution,” Tillerson said alongside his Qatari counterpart Sheikh Mohammed bin Abdulrahman al-Thani.

“I think Qatar has been quite clear in its positions, and I think those have been very reasonable,” Tillerson said.

The United States worries the crisis could impact its military and counter-terrorism operations and increase the regional influence of Iran, which has been supporting Qatar by allowing it to use air and sea links through its territory.

Qatar denies that it supports militant organizations and says the boycott is part of a campaign to rein in its independent foreign policy.

Tillerson and British National Security Advisor Mark Sedwill met on Monday with officials from Kuwait, which is acting as a mediator, in order to patch up the row among the Western-allied countries. The State Department said Tillerson was also expected to travel to Saudi Arabia.

Coming from some of the most influential powers in the dispute, the plea for a negotiated solution may be aimed at an earlier refusal by Qatar’s adversaries to discuss renewing ties with Doha until it first acquiesced to a list of demands, including closing the Al Jazeera TV channel, shutting a Turkish military base in Qatar and downgrading ties with Iran.

Qatar hosts Udeid Air Base, the largest U.S. military facility in the Middle East, from which U.S.-led coalition aircraft stage sorties against Islamic State in Syria and Iraq.

U.S. President Donald Trump has expressed support for Saudi Arabia in the dispute.