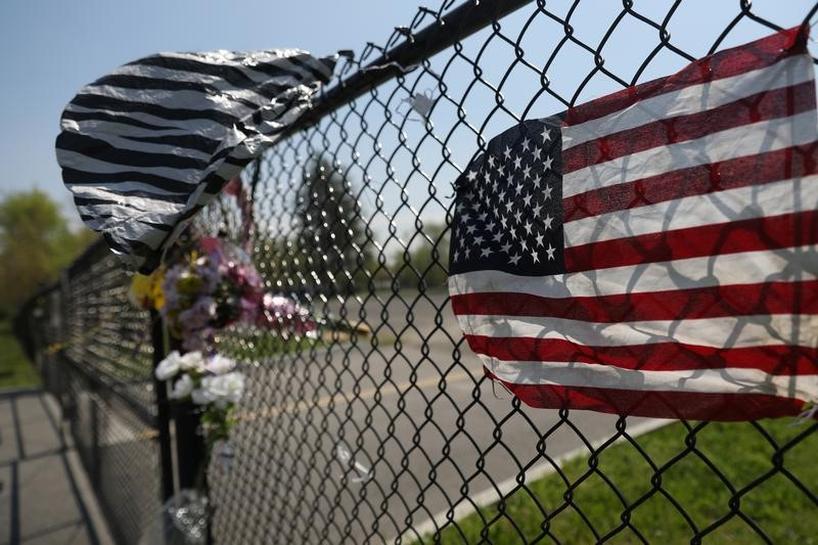 WASHINGTON/NEW YORK (Reuters) – President Donald Trump will travel on Friday to a New York community shocked by a recent spate of graphic gang murders to highlight his efforts to stop illegal immigration and boost deportations.

Trump’s trip to Long Island gives the president an opportunity to showcase some progress on his agenda even as other legislative efforts flounder – and some respite from the chaos of a nasty power struggle among his senior staff that blew up on Thursday.

On Friday, Trump will highlight his administration’s push to deport members of the Mara Salvatrucha gang, better known as MS-13, the existence of which his White House blames on lax enforcement of illegal immigration from Central America.

“It’s going to be a very forceful message about just how menacing this threat is, and just how much pain is inflicted on American communities,” a senior administration official told reporters ahead of the trip.

Trump’s visit comes as his Attorney General Jeff Sessions traveled to El Salvador to highlight progress on the gang crack-down.

The gang took root in Los Angeles in the 1980s in neighborhoods populated with immigrants from El Salvador who had fled civil war. The Justice Department has said MS-13 now has more than 10,000 members across the United States.

On Long Island – not far from the New York City borough of Queens, where Trump grew up – MS-13 was behind the murders of two teenage girls in a suburban neighborhood last September, and four young men in a park in April.

There have been 17 murders on Long Island tied to the gang since January 2016, the Suffolk County Police Department has said.

Under Trump, Immigration and Customs Enforcement (ICE) has targeted the gang, deporting more than 2,700 criminal gang members in fiscal 2017, up from 2,057 in the whole of the previous fiscal year, the White House has said.

“We are throwing MS-13 the hell out of here so fast,” Trump said earlier this week at a rally in Ohio.

Trump made concerns about illegal immigration a centerpiece of his campaign. One of his first actions in office was to scrap Obama-era guidelines that prioritized convicted criminals for deportations.

His administration is now taking a harder line on Central American youth who have crossed the border illegally without guardians – a group that law enforcement has said has been targeted for recruitment by MS-13.

Immigration agents plan to target teenagers who are suspected gang members, even if they are not charged with any crime, according to a memo seen by Reuters.

“We received complaints in recent weeks from terrified parents on Long Island that teens have already been detained on the thinnest of rationales, such as wearing a basketball jersey,” said Sebastian Krueger from the New York Civil Liberties Union.

There have been at least two lawsuits filed by people claiming they were mistakenly included in gang databases and then targeted for deportation, said Paromita Shah, from the National Immigration Project at the National Lawyers Guild.