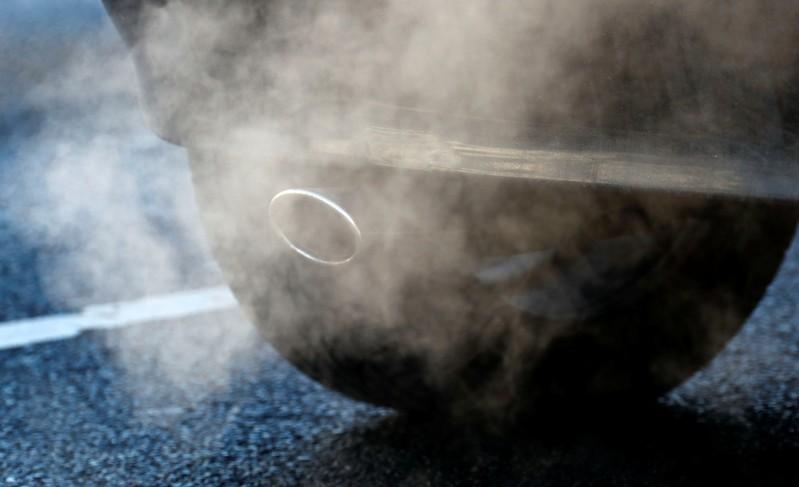 BERLIN (Reuters) – The German government, which has steadfastly opposed bans on heavily-polluting diesel cars in cities, now plans legal changes that would allow driving bans on certain routes on an emergency basis, the Rheinische Post newspaper reported on Saturday.

Transportation State Secretary Norbert Barthle, a conservative, disclosed the change of approach in a reply to a parliamentary query by the pro-environment Greens party, the newspaper said.

News of the shift comes days before a German court rules on whether cities can implement driving bans that could lower the resale value of up to 15 million vehicles in Europe’s largest car market, forcing car-makers to pay for modifications.

“A new legal basis is to be established in the road traffic act that would allow … driving bans or restrictions on certain limited routes to protect human health against particulates or emissions (nitrogen oxide),” Barthle said in the reply.

“That would make possible for the first time route-limited, emergency measures to protect against particulates,” he said, adding that the changes would make it possible for cities to implement driving bans outside of air pollution plans.

He said the changes could be incorporated in revisions now being prepared to provide parking privileges to vehicles operated by car-sharing services, and the entire package of measures could be finalised by the end of the year.

Chancellor Angela Merkel said this month she wanted to avoid driving bans by focusing on switching fleets of taxis and buses to electric propulsion, as well as other measures. But she also underscored the need to find solutions quickly for the affected cities.

Greens lawmaker Matthias Gastel said the federal government now appeared to view limited driving bans as unavoidable, but was still leaving the issue up to cities and communities.

“It’s good to clear up the legal situation, but there’s a danger of a patchwork of widely differing regulations,” he said.

Germany’s highest federal administrative court is due to rule on Tuesday on an appeal brought by German states against bans imposed by local courts in Stuttgart and Duesseldorf over poor air quality.

There has been a global backlash against diesel-engine cars since Volkswagen (VOWG_p.DE) admitted in 2015 to cheating U.S. exhaust tests, meant to limit emissions of particulate matter and nitrogen oxide (NOx), known to cause respiratory disease.

While other countries are also considering restrictions on diesel cars, bans in Germany would be a new blow for the car industry, and an embarrassment for Merkel’s government, which has long backed the industry.

Germany for many years promoted diesel to help cut carbon dioxide emissions and meet climate change goals, but the Volkswagen (VW) scandal has pushed its car-makers to step up spending on electric cars, as well as investments into making diesel engines cleaner.

Merkel’s government has previously lobbied against bans, fearing they could anger millions of drivers and disrupt traffic.

Mongolians in Japan Protest During Chinese Foreign Minister’s Visit
Hong Kong Police Arrest Radio Host, Charge Delivery Driver For ‘Secession’
UK considers whether to remove British judges from Hong Kong court
Should I worry if my helper is doing outside work?
Uptick in complaints about renovation noise as more people work from home