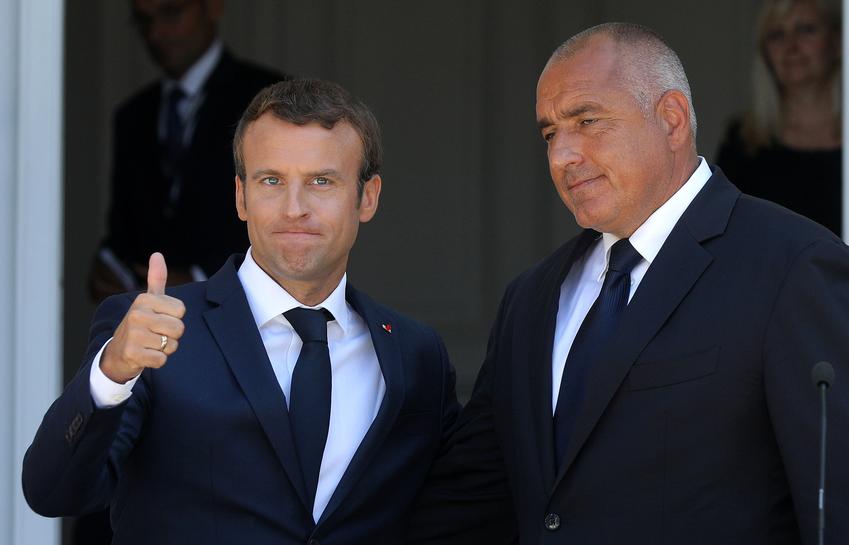 VARNA, Bulgaria/WARSAW (Reuters) – French President Emmanuel Macron said on Friday Poland was isolating itself within the European Union and Polish citizens “deserve better” than a government at odds with the bloc’s democratic values and economic reform plans.

Macron said Warsaw, where a nationalist, eurosceptic government took office in 2015, was moving in the opposite direction to Europe on numerous issues and would not be able to dictate the path of Europe’s future. Poland rejected the accusations, saying Macron was inexperienced and arrogant.

“Europe is a region created on the basis of values, a relationship with democracy and public freedoms which Poland is today in conflict with,” Macron said in Bulgaria on the third leg of a trip to central and eastern Europe to generate support for his vision of a Europe that better protects its citizens.

He described Poland’s refusal to change its stance on a revision of the EU’s directive on “posted” workers – cheap labor from eastern countries posted temporarily to more affluent western countries – as a mistake. Macron has said the practice leads to unfair competition.

“In no way will the decision by a country that has decided to isolate itself in the workings of Europe jeopardize the finding of an ambitious compromise,” he said.

In a scathing attack that could drag relations between western EU powers and the European Commission in Brussels on one side and Poland’s Law and Justice Party (PiS) government on the other to a new low, he said the Polish people deserved better.

“Poland is not defining Europe’s future today and nor will it define the Europe of tomorrow,” Macron said at a joint press conference with Bulgarian President Rumen Radev in the Black Sea resort city of Varna.

In response, Poland’s Prime Minister Beata Szydlo said Macron, 39, a former investment banker elected in May as France’s youngest president, lacked political experience and accused him of undermining the EU.

“I advise the president that he should be more conciliatory … Perhaps his arrogant comments are a result of a lack of (political) experience,” Szydlo said in a statement emailed to Reuters.

“I advise the president that he should focus on the affairs of his own country. Perhaps he may be able to achieve the same economic results and the same level of security for (French) citizens as those guaranteed by Poland.”

Her comments were an indirect reference to her government’s insistence that it will not accept migrants from the Middle East, despite pressure from Brussels, because it believes they pose a threat to national security. France has been hit hard by deadly Islamist militant attacks in recent years.

French President Emmanuel Macron (C) rolls up his sleeves as he walks along side Bulgarian Prime Minister Boyko Borissov (L) following a press conference at the Euxinograd Palace on the Black Sea coast just north of the town of Varna, Bulgaria, August 25, 2017.Bertrand Guay/Pool

Relations between Szydlo’s Law and Justice (PiS) party and the French government deteriorated soon after it won election in late 2015. In October 2016, Poland abruptly canceled a nearly $4 billion military procurement deal with Airbus.

Macron’s election deepened the rift, with the French globalization advocate fanning worries in Warsaw that his vision of a “multi-speed” Europe would undermine Polish influence within the European Union.

French officials have expressed concerns about Poland, and Hungary, drifting towards authoritarianism and said Macron would also make a defense of the rule of law and democratic principles one of the priorities of his mandate on the European stage.

On his three-day tour Macron sought backing for his plans to tighten EU rules on the employment abroad of labor from low-pay nations. Poland strongly opposes this initiative.

While “posted” workers comprise less than 1 percent of the EU work force, it is a political hot potato that has exacerbated the divide between the bloc’s poor east and rich west for years.

Macron managed to enlist the broad support of Czech Republic and Slovakia, and the lukewarm backing of Romania, all countries which fear being sidelined in a multi-speed EU, whereas Poland and Hungary remain defiant of what they see as an out-of-touch EU elite based in Brussels and Western capitals.

Poland is at loggerheads with the European Commission, the Brussels-based EU executive, over issues ranging from its refusal to accept EU migrant relocation quotas to the ruling conservatives’ tightening grip on the judiciary and media.

Macron shunned both Poland and Hungary on his trip through the region.

He said he wanted Bulgaria – like Poland, Hungary, Romania, the Czech Republic and Slovakia a former communist state that joined the EU much later than western counterparts – to be at the negotiating table on European integration.

On the posted worker rules, Bulgaria’s Radev said the EU needed to balance the interests of countries in the rich west and the poor east. “It is important that changes are made in a way that unites rather than divides Europe,” he said.

Current EU rules allow workers to be posted from low-salary countries to other EU states on contracts that must guarantee the host country’s minimum wage, but under which taxes and social charges are paid in the home nation.

Poland and Hungary say increased restrictions on such contracts would flout the principles of the European single market and cost hundreds of thousands of jobs.