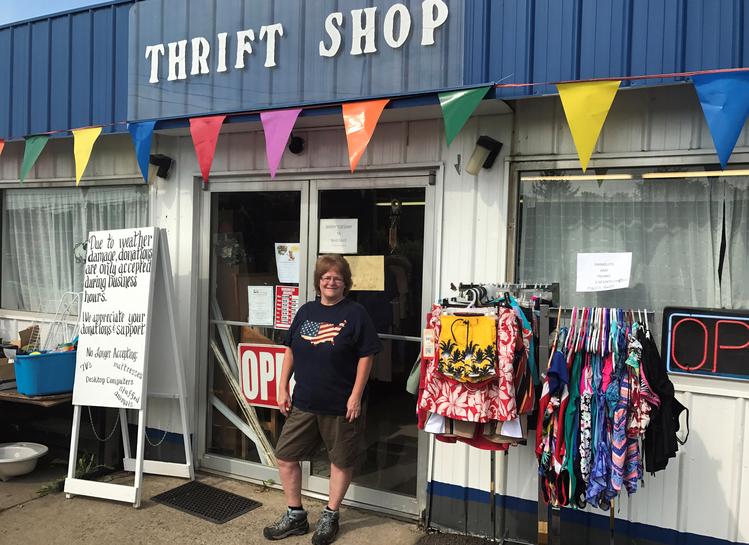 In the mostly rural, heavily Baptist and predominately Trump-supporting terrain, the collective reaction ranges from ignorance about the Russia investigation, to a belief that some media want to destroy Republican President Donald Trump and his family, to complete disinterest.

Many of the 20 people interviewed in several Ohio towns were dismissive of the barrage of headlines about a June 2016 meeting between Trump’s eldest son Donald Jr. and a woman he was told was a Russian government lawyer who might have damaging information about Democratic election rival Hillary Clinton.

The revelation was made when Trump Jr. released a series of emails on Tuesday amid investigations of U.S. intelligence agency conclusions that Moscow sought to help Trump win. Russia has denied allegations of interfering in the election and Trump has denied his campaign colluded with Russian officials, sometimes dismissing the notion as “fake news.”

In Little Hocking, Ohio, Lisa Walker, 54, runs a small thrift shop. Wearing a t-shirt emblazoned with the American flag, she says her husband has expressed fears that somebody is going to try and assassinate Trump.

She and her husband voted for Trump. She has followed the revelations about the younger Trump on the news. She sees the Russia investigation as proof that “people are out to get Trump. I would hope they have better things to do than play games and attack Trump.”

Similarly, in Jackson and Piketon, Ohio, Donald Trump Jr.’s troubles appeared to strengthen support for his father and Trump family members who many in the area see as embattled victims.

In Hillsboro, the county seat of Highland County, the editor of the Hillsboro Times Gazette, Gary Abernathy, says many people in the county believe the media is trying to destroy Trump.

“It just plays into the belief here that the media is fixated on all things Russia,” said Abernathy, whose newspaper was one of only six in the United States to have endorsed Trump for president during the election campaign.

“I don’t mind Donald Trump being treated critically or aggressively, but not in a way that is an effort to drag him down. Donald Trump Jr. had one 20 minute meeting with a lawyer from Russia and it’s wall-to-wall coverage.”

Trump won Highland County with more than 76 percent of the vote, 12 points more than the 2012 Republican presidential candidate Mitt Romney won, part of a surge in votes for Trump in many Midwestern rural counties that was a significant factor in his victory.

Donald Jr.’s meeting stirred more questions and reporting about possible collusion or whether any U.S. laws were broken. Under the U.S. Federal Election Campaign Act, it is illegal for a foreign national to contribute to a U.S. political campaign.

Before the latest disclosures, Americans overall were sharply divided on what to make of reports about Trump and Russia.

According to a Reuters/Ipsos poll in June, 50 percent agreed “that President Trump or someone from his campaign worked with Russia to influence the 2016 election” while 33 percent disagreed and the remainder were unsure. Republicans, however, mostly expressed the opposite view: 66 percent said they disagreed that Trump or his campaign worked with Russia while 20 percent agreed and the rest were unsure.

In the Bob Evans diner in Jackson, three workers from Walmart were sitting down for lunch. They were Trump supporters.

Asked about the Russia investigation, they stared back blankly. “I have never heard anything about it,” said Chastity Banks. Neither had her two colleagues.